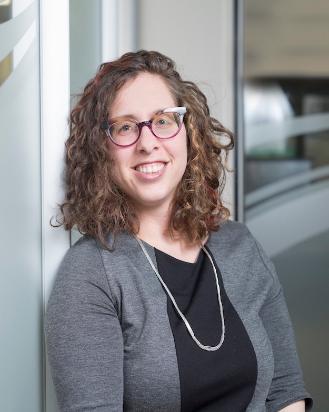 Thanks to the ongoing COVID-19 pandemic, many of us have thought more about procurement and public policy in the past eight months than we ever had before. But Dr. Elizabeth Schwartz focuses her research on these areas -- in particular as related to another large-scale problem, climate change.

Dr. Schwartz -- an assistant professor in the Department of Political Science -- focuses her research on public policy, public administration, and local and urban politics. In particular, her current research looks at sustainable public procurement and municipal climate change policy in Canada.

One of her current projects is a book on climate policy actions taken by the local governments of four large Canadian cities: Vancouver, Toronto, Winnipeg and Brampton. These cities share many factors in common, Dr. Schwartz said: they all have at least 500,000 people, they are all well funded, and they all have similar barriers such as citizen opposition to raising taxes.

"The point is to explore why we see different levels of climate policy across these four cities," she said. Dr. Schwartz focuses on the specific actions and policies in these large cities, not just overall strategies -- factors like emissions targets, bike lanes, and the types of vehicles the city purchases. Her findings indicate that cities with an environmental department within their administration have more climate policy -- it's easier to focus on climate if you have a department that makes that a named priority.

For another project that she says is in much earlier stages, Dr. Schwartz is working with colleagues in Ontario and New Zealand to study government procurement -- "so, the ways that governments buy goods and services or contract for goods and services," she explained. "How do they use those that that technique to promote social and environmental goals?"

The research group is looking at different levels of government, how they mandate procurement, and how that interacts with trade agreements. There are plans to host a virtual conference in St. John's, perhaps in the summer, that will bring together various stakeholders in this area from around Canada and the world.

Procurement may not seem like an appealing topic to study for some, Dr. Schwartz said, but it's also something that governments do all the time. "It seems super boring -- I bought some pencils," she said. "But actually, it's a really big deal. Muskrat Falls is an example of procurement." Knowing that more clearly is important as procurement continues to be a pain point amid the pandemic.