For Dr. Julia Christensen, Canada Research Chair in Northern Governance and Public Policy, urbanization not only brings about the concentration of people and resources in key northern locales; it also intensify forms of social marginalization. In response, Dr. Christensen’s work looks at a significant social phenomenon facing an increasing number of northerners: homelessness. While northern housing need has been the focus of significant attention in recent years, the ways in which homelessness and urbanization intersect have not been explored. Christensen’s work addresses this gap by exploring the challenges and opportunities presented by an urbanizing Arctic to housing, social health supports and social inclusion for people experiencing crisis.

Alaska, the Canadian North and Greenland are all responding to demographic change and homelessness in various ways, while experiencing similar social, health, economic, political and infrastructural challenges. Building on previous work in the Canadian North, Dr. Christensen adopts a broad geographical scope to address the specific role of the changing social welfare state on northern social, cultural and health geographies.

With the aim to inform social change through meaningful northern policy research, Dr. Christensen uses creative, community-engaged research methods to engage with diverse northern conceptualizations of home in order to identify new areas for culturally safe policy and program interventions to support the alleviation of homelessness. 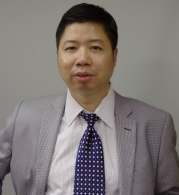 An economist, Dr. Fang came to Memorial University from Monash University in Melbourne, Australia, where he was director of the master of international business program and an associate professor of human resources management and employment relations. He previously taught at Toronto's York University and at the I. H. Asper School of Business at the University of Manitoba.

The mandate of the $2-million chair is to promote research in the areas of global and local cultures, immigration, diasporas, demographic change and strategies for immigration retention and integration. These areas directly align with Dr. Fang’s research interests and accomplishments, which include a recent role as the domain leader in economic and labour market integration at Centre of Excellence for Research on Immigration and Settlement–Ontario Metropolis Centre and a recent stint as president of the Chinese Economists Society. 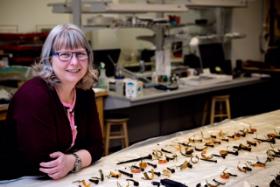 Throughout Dr. Lisa Rankin’s career at Memorial, beginning in 2000, her archaeological research has been guided by an awareness of the university’s special obligation to the people of the province. She has continuously tried to actualize this by working in collaboration with northern Indigenous communities, designing research projects that are both applicable and readily accessible to the people in those communities, and based on the mutual recognition of both academic and community research needs. One example of her approach was the five-year interdisciplinary CURA project “Understanding the Past to Build the Future”, designed and carried out in collaboration with the Southern Inuit communities of NunatuKavut, which examined Southern Inuit history and archaeology to address contemporary issues such as land claims, capacity building and education. This approach continues into her current leadership of the equally interdisciplinary SSHRC Partnership Project, “Tradition and Transition Amon the Labrador Inuit”, linking Memorial University and the government of Nunatsiavut, and subsuming a variety of long-term research themes relating to Inuit-Land relationships, leadership and self-determination, and the expressions of identity.

Dr. Rankin assumed the Memorial University Research Chair in Northern Indigenous Community Archaeology in 2017. The mandate of this research chair is to investigate long-term cultural history and change in indigenous Northern communities, within a broader environmental and regional context and in full collaboration with contemporary local communities. The research focus is primarily on Labrador, but also extends to other adjacent regions in The North. In her role as Research Chair, Dr. Rankin will have the opportunity to demonstrate long-term relationships between people, land and seascapes, as well as the evolving roles of tradition and innovation in social relations and decision-making. Her research aims to assist northern populations to formulate contextualized answers to contemporary problems including climate change, economic development, heritage, intergenerational relationships, and policy development.

The scope and intent of Dr. Rankin’s research is revealed by the key word “Community” in the title of the Research Chair. This embodies the theoretical approach of her work, namely, that the study of cultural history and long-term culture change is most effectively carried out through the analysis of communities and their constituent households, viewed within the appropriate local environmental, historical and social context. Further, the word “Community” conveys Dr. Rankin’s conviction that research into cultural history must be both developed and carried out in partnership with the people who have the greatest stake in the results, the local indigenous communities whose history it investigates. 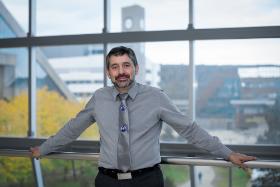 Like other Aboriginal languages of Canada in the wake of the residential school catastrophe, the languages of Labrador face declining numbers of speakers as more children grow up speaking only English. The report of the Truth and Reconciliation Commission calls upon the government to aid in the preservation of Aboriginal languages. There is an urgent need for trained language teachers; moreover, existing archived records of these languages should be further developed and made available to teachers and learners.

Dr. Welch’s research contributes to the vital task of preserving Innu-aimun and Labrador Inuttitut, the threatened Aboriginal languages of Labrador. His three-pronged approach focuses on training skilled personnel at Memorial University and in Aboriginal communities, supporting and expanding records of Labrador languages, and moving existing documentation online so that community members can access it freely and easily.

A skilled team of students, research assistants, and community linguists, trained by and working with Dr. Welch, support community efforts by holding workshops on documentation and teaching techniques, building apps and other IT tools to assist teachers and learners, interviewing fluent speakers, and transcribing and translating existing language materials to build massive online repositories of spoken and written Innu-aimun and Inuttitut.

The importance of this work is profound. Preservation of language is the most significant correlate of health in Aboriginal communities. Communities where Aboriginal languages are spoken regularly tend to have dramatically improved outcomes in societal and individual health. Where language and culture flourish, so do people. Preserving Labrador languages contributes directly to community health, pride, and the ongoing Aboriginal renascence.