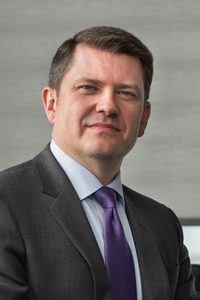 David King is a Senior District President with Robert Half, the world’s first and largest specialized talent solutions firm. In his current role, he oversees both the Canadian and South American Robert Half business.

For more than 25 years, David has led a successful career with Robert Half, having held senior management positions in both Eastern and Western Canada. His perspectives and knowledge on workplace issues and labour trends are often featured in major media outlets and executive keynotes, and he provides curriculum guidance to leading educational institutions across the country. Under David’s direction, Robert Half has established itself as a leading advisor to businesses internationally, helping companies in all stages of growth establish talented teams and thriving organizations.