Built in 1816 and enlarged in 1850 through a gift from John Perry-Watlington of Moor Hall. The school moved to new buildings in Hobbs Cross Road in 1971 and the 'Ex Church of England Churchgate Street School' was sold in 1973 subject to the condition that it not be used for more than 2 houses.

A mid 16th century range with a jettied cross-wing on the south side. This was formerly the infant’s section of Churchgate Street School. The building was converted to 13 almshouses by Harlow’s Poor Charities in 1975 and renamed ‘Godsafe’. These new facilities took the place of Stafford’s, Reeve’s and Crabb’s almshouses, which were all converted to private residences.

This church has mediaeval origins but was completely ‘restored’ between 1878 and 1880. Few original features survive. Some Roman brick is exposed and there is still one Norman window in the north-west bay of the nave wall. The lychgate dates from ca. 1880. 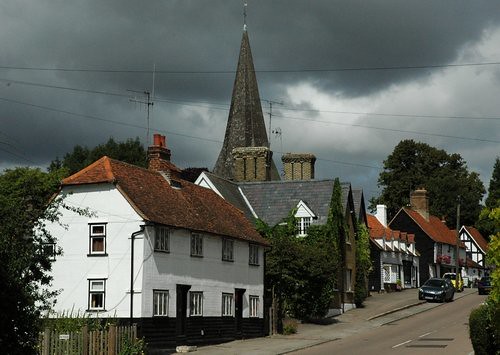 The inscription over the door reads: “Given by Julian the wife of Alex. Stafford Esq. for the habitation of two poor widows of this Parish AD 1630". In his will, dated 1651, Alexander Stafford of High Holborn, London, made a bequest of £12 per annum, of which £5 was for the Church, £5 for distribution to the poor of Harlow and £1 for each of the two women in the almshouses. There are life-size marble statues of Alexander and his wife Julian in the wall of the south transept of St. Mary and St. Hugh. The houses were sold to a private buyer in 1958 and rebuilt in 1974. 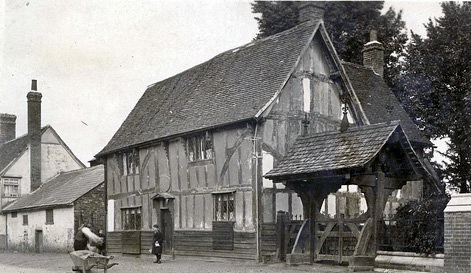 The Queen’s Head. Although some published sources indicate that the building dates from the 17th century, the date painted on the main beam (the bressumer) is 1515. It was recorded as being a pub with this name in 1715. A shop window was inserted under the second dormer from the north in the 19th century but otherwise it remains as originally built.

An 18th century range of houses. 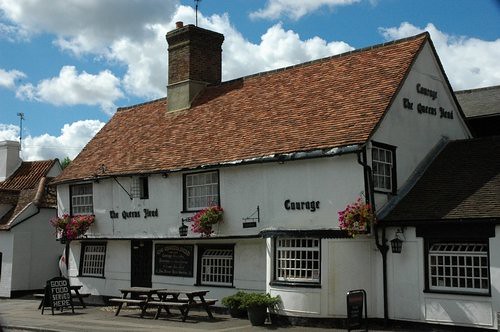 Twelve 1-bedroom flats have been created during the recent conversion of a former large house, and houses have been built behind it. 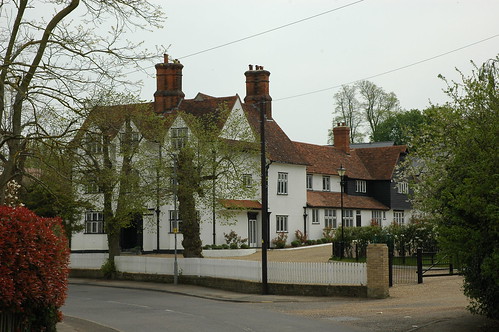