Auckland International Limited, located on the north-east corner of High Street and London Road is a source for obsolete and hard-to-find electronic components founded in 1984. Its  is the current occupant of a building with an early 18th century facade on an older frame.  The building faces London Road  but is structurally part of a range of buildings that faces High Street. The house had extensive grounds, including an orchard. From 1910 to 1923 it was Cattell's chemist's shop. It was then occupied by a series of banks: the Provincial, then the National Provincial and Union Bank of England. The bank closed in 1965 and the vacant building was then set on fire twice by arsonists before it was bought by Robert Mead Insurance Brokers in 1974 and occupied by his firm until August 2016. 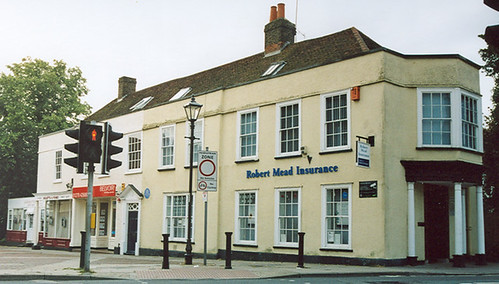 Harlow's first Post Office, opened in 1823, was located at 7-9 High Street. In 1909 it moved to number 1 High Street (Gothic House) and relocated to this building in London Road during the 1920s. By 2003 it had been downsized to a small office at the back of an AllDays convenience shop. The shop closed in 2010 and the Post Office moved to the back of the Cooperative Store in High Street. This building remained vacant for several years until it was taken over by Domino’s.

Harlow's original Telephone Exchange was located in Watford Close, immediately south of the old Post Office. It is now a private residence.

The school was built in 1836 usingto build this school in 1836. The executor of his will was John Barnard, a Harlow maltster. 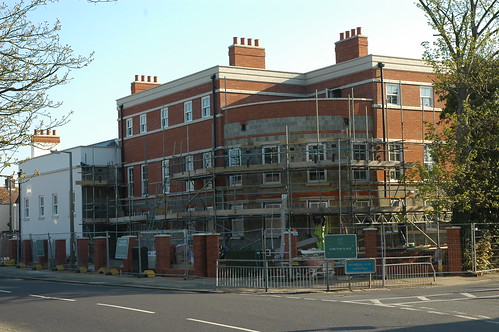 The school was built in 1836 using a bequest from George Fawbert of Waltham Cross. The executor of his will was John Barnard, a Harlow maltster.

D 'n G Barbers. The Old Bank House was built ca. 1875. It may originally have been a branch of Sparrow, Rufnell and Co. of Bishop's Stortford, which was absorbed into Barclay's Bank in 1896. Prior to becoming a barber shop it was occupied by Charles Varney's Betting Office, Harlow's first travel agency, prior to its relocation to the Town Centre. It was then taken over by Joe Jennings Bookmaker before the relocation of this business to High Street, then by an estate agent, and finally by D 'n G. 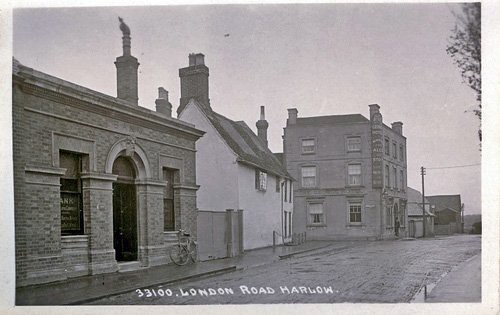