The United States Army Air Force (USAAF) airfield at Matching (Station 166) was completed by October 1943 and for eight months was the home base of four squadrons of Martin B-26 Marauder aircraft of the 391st Bombardment Group (M) of the 9th Air Force. The Group was transferred to an airfield near Amiens on 19 September, 1944. The base was then taken over by 38 Group, RAF, an Operational Training and Transition Unit which flew Short Stirling aircraft, used to tow the Horsa glider. This unit was transferred to Wethersfield in October 1945, and the base was closed and the land returned to its owners, the Rowe family of Rookwood Hall.

Nearly all the perimeter track remains, although it has been reduced in width to about 10 feet. There is also a very rare piece of full-width runway, west of the road that bisects the airfield site. The control tower is intact, as is the main aviation fuel storage facility near Stock Hall. Many Quonset huts survive on the Watertower Site Industrial Estate which formerly housed the C.O.'s quarters and the Sergeant's (Orderly) mess, showers and latrine. Sadly, the Braithwaite Water Tower, which was a prominent local landmark for almost 70 years, was demolished in 2014. 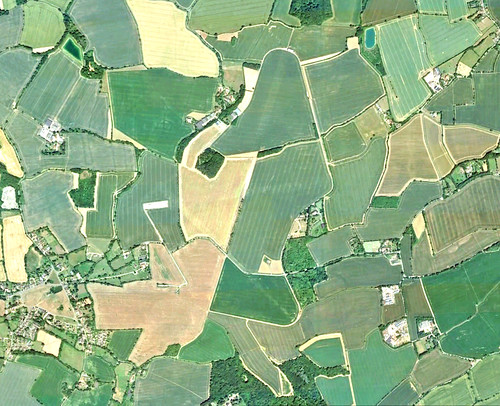