The Designation of Harlow

The 6,400 acres which formed the site of Harlow New Town lay west of the existing village of Harlow and south of both the Stort Navigation and the main line of the London and North Eastern Railway. About 2,500 people lived in the villages of Harlow and Potter Street, and about 2,000 in the hamlets of Great Parndon, Netteswell, Burnt Mill, and in scattered farm cottages. Many of the local landowners were bitterly opposed to the idea of 60,000 people being parachuted into their corner of the world from the East End of London, along with the 20,000 houses that would be needed to accommodate them. They, and many of the local shopkeepers, joined together to create the Harlow and District Defence Association in 1946 to fight the proposal. Their negative view was countered by an opposing group that had the support of the local Labour Party and the local MP, Leah Manning, who staunchly defended both the New Towns Act and also the choice of Harlow over Ongar as the most appropriate site for a new town in this part of Essex. The success of the campaign she waged in Westminster on behalf of those who believed the creation of a new town would give them a reasonable chance to better their lot was assured when many of the local shopkeepers began to recognize the economic benefits that a new town could bring, and dropped their opposition. 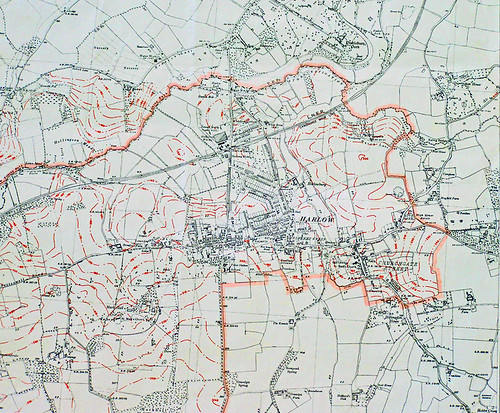 The New Towns were an important part of the new government’s policy for post-war reconstruction, and the objections of the landowners were futile. However, the dislike of the new town and the suspicion that it would continue to expand into the surrounding agricultural areas are as present today as they were more than a half-century ago.