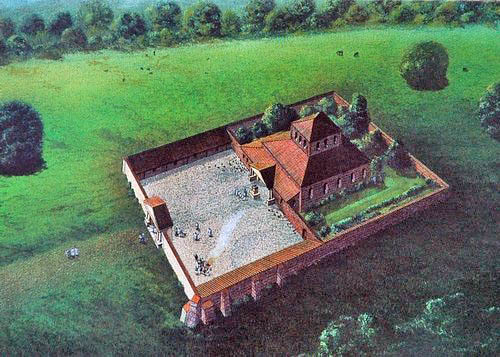 The revision of the website during my sabbatical leave in 2010-2011,  a second revision in 2016-2017, and a third in 2019-2020 were undertaken under the tutelage of David Pippy, Online Student Recruitment Coordinator in the Office of Student Recruitment, Memorial University of Newfoundland. His willingness to devote hours of his personal time to what must have seemed the impossible task of teaching me how to use SiteBuilder surpasses understanding.

Michael Dyke and Colin Porcher, Old Harlovians, helped me understand the past history of St. John's House and Cottage. Mike Jury gave me permission to use the photographs he took of Reed's Malthouse in 1965. Additional background material, and some pictures, were provided by Mark and David Scott, Adrian and John Whittaker, Kay and Greg Holmes, Dave Morgan and John Graham, the architect responsible for the conversion of The Maltings and St. John's House and Cottage.

In May, 2019, I became aware of the treasure trove of photographs and reminiscences on the Photos of Harlow: Old and New website, many of which were featured at the Museum Of Harlow during an exhibition in the summer of that year.  I am most grateftul to all those responsible for the creation and maintenance of this incredible archive, especially Barry Lawrence.