The premises formerly occupied by the short-lived Snappers Wine Bar. The original occupant of the two-storey part of the building, which was built ca. 1890, was the London Co-Operative Society store, prior to its relocation to High Street. Part of the building served as the office for a short-lived newspaper called The People's News. The paper folded in 1909 and part of the building was converted to a lodging house called 'The Welcome'. The newspaper’s press room was converted to an antique shop before being taken over in 1911 by the London County and Westminster Bank, later the National Westminster Bank. In 2005 the entire building was briefly occupied by Snappers Wine Bar before it was rtaken over by Zenz.

This development of twelve bedroom flats was built in 2003 on a site which was formerly part of Darlington's Garage, the successor to Sutton's and Dearlove's Garage. The 1898 Kelly's Directory lists Arthur Sutton as a coachbuilder and wheelwright. In 1914 he became Harlow's first motor engineer. In 1925 he sold his business and it became Dearlove's Garage and petrol station which had premises on both sides  of Station Road. There were shops off the forecourt of the garage. One was occupied by Hefferden the barber. He was succeeded in 1922 by Ashwells Jewellers of Bishop's Stortford, which later moved into High Street. The other shop was occupied by Foot the confectioner.

One of the photos in the album below shows this stretch of Station Road in 1910. In the left foreground is Rochester's Greengrocery which "could provide wreaths and crosses at shortest notice." To the right (south) is Brazier's Harlow Toilet Salon, and then the entrance to Arthur Sutton's Garage followed by the Cooperative Store and 'The Welcome'. Beyond that is 'Gothic House' on the corner of High Street. 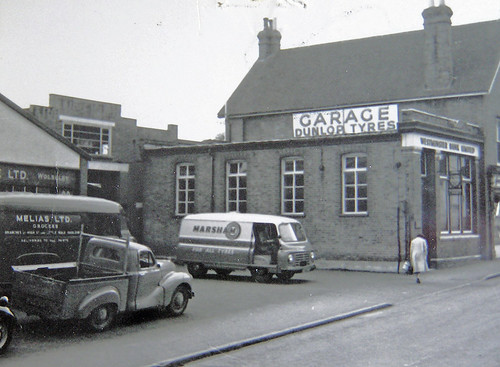 Wilson Davies and Company, Solicitors, occupy what were formerly two semi-detached, three-storey houses. 'Fairfield' was occupied by the Dearlove family, owners of the adjacent garage, and then by Peggy's Ladies Hairdressers. The most well-known occupant of 'Faircotes' was Herbert Mace a highly-respected apiarist who was the author of several books on beekeeping and editor of The Beekeepers Annual.

An 18th century house, occupied by the only bank maintaining a presence in Old Harlow. This bank was originally located in the Old Bank House in London Road, but moved to these newly-built premises in 1911. 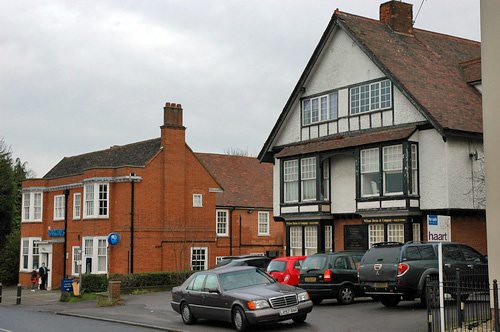 This black and white 'Tudor' style building was originally a house built by an estate agent from Bishop's Stortford. It was then the first site of Lloyd's Bank in Harlow. After the bank moved to High Street the building remained disused for approximately 20 years until 2004 when it became a funeral home. Jerome Masterson, the proprietor, is one of the publicans of The Crown in Market Street.

Beyond the last of the houses in Station Road, one of which was a doctor's surgery, was a row of ten shops built after 1921.  In the 1930s one was occupied by the ironmonger Herbert O. Lee and Co. which were 'General and Furnishing Ironmongers, Oil and Colour Merchants; and provided 'Cutlery and Tools, Guns and Ammunition, Lamps, Oil Heating and Cooking Stoves'. At various times there was also an antique dealer, Cornwall Austin's sweet shop, a café, an Employment Exchange, Peggy's Hairdressers and Sworder's Estate Agents. The shops were demolished to make way for the Swallows Estate, but the houses remained until 2010 when the area was cleared. It now contains the 43 houses and flats of Vince Dunn Mews.  The estate was named in honour of the long-time publican of The Marquis of Granby in Market Street, who served as a member of the Board of Trustees of the Memorial University of Newfoundland campus in Market Street for many years. 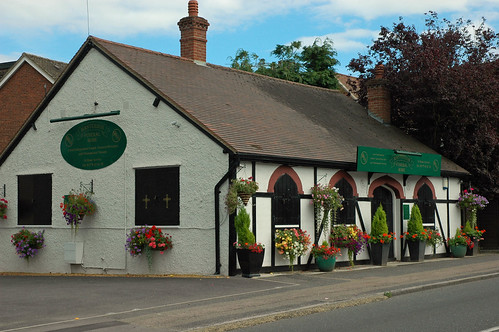