In the early 1960s a row of three cottages was converted into a single building which housed the home and dental surgery of Dr. P.S. Arbon. The English Heritage description of this Grade II listed building dates it as mid-19th century, but an inspection of the building and a discussion with architectural historian David Lloyd suggests it is at least a century older than this, making it early Georgian. It was purchased as a student residence by Memorial University in 1995 and re-named Cabot House in 1997, the 50th anniversary of the founding of Harlow New Town and the 500th Anniversary of the discovery of Newfoundland by John Cabot. 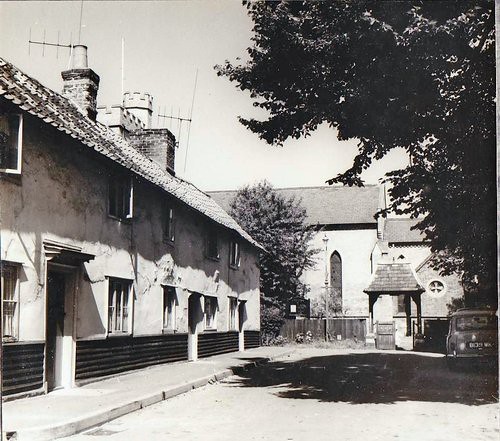 The main building of the Memorial University of Newfoundland campus was Harlow’s most modern maltings, built ca. 1900 by J. Harrington and Son. It was sold in 1929 to H.A. and D. Taylor. It was no longer in use as a maltings by 1939 and was  taken over by the de Havilland Aircraft Corporation and converted to a machine shop. The Harlow Tailoring Service was located in premises attached to the western end of the Maltings from the mid-1950s and both Gilbeys Care Hire Service and Cannon's Taxis occupied a small building in the yard until the 1969 conversion of the property in 1969. 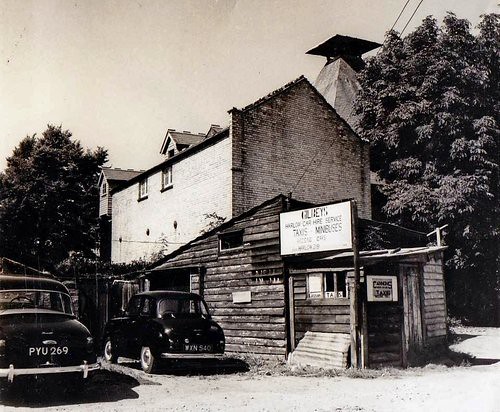 These small cottages were built in 1990 on land originally owned by Memorial University. Unfortunately, because the University failed to live up to one of the conditions imposed on it by Harlow Council when the property was acquired, a portion of the site reverted to the town and these cottages were built on it.

Built in 1839, closed in 1979, and converted to the St. John's Arts and Recreation Centre. The lych gate remains, as does the graveyard which contains one of the few registered military graves in Harlow. Although this is one of only tens of thousands of such graves scattered the length and breadth of the Kingdom, its lonely presence in this neglected graveyard is particularly poignant. It holds the remains of Robert Gerald Lincoln of Park Hill, an electrical mechanic in the Royal Navy, killed on 8 January 1943 at the age of 19. The inscription reads:

Who plucked this flower?

I, said the master

H.M.S. Holdfast was a civilian cable-laying ship taken into naval service in 1942 and converted for use in the PLUTO (PipeLine Under The Ocean) project. This involved the fabrication and deployment of 17 oil and petrol pipelines under the Channel after D-Day to provide the fuel for vehicles of the Allied armies. Lincoln enlisted in the Royal Navy in September 1941 and joined Holdfast a week after completing his basic training. Eighteen months later he was killed when a chain snapped and struck him. 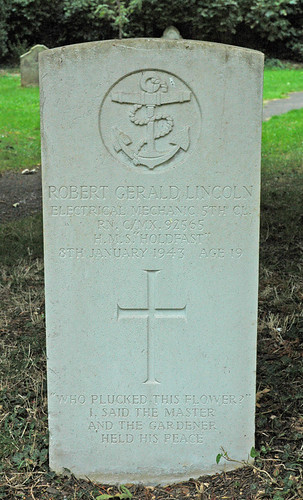 This building is the last survivor of St. Mary's (Harlow) College, which operated from ca. 1840 to 1966. The Lower and Middle Remove were taught in the left-hand (House) side of the building and staff accommodation was provided in the right-hand (Cottage) side.  It is possible that the building was a privately-run school prior to its acquisition by the College. The property was originally converted into two apartments for visiting members of the Memorial faculty, but St. John's House was subsequently converted back to a classroom. In his 1966 proposal for the conversion, architect John Graham, a partner of Frederick Gibberd refers to the building as 'the village school'. There are other references to it as the Old School House, but there is no documentary evidence to confirm its origins. The walled garden on the west side of St. John's House was a scrapyard prior to the renovations.

John Graham came to live in Harlow in 1955 and worked with Sir Frederick Gibberd for 27 years. The St. John's House Garden, with its three-level fountain integrated into the south wall, was one of his favourite projects. His other major contributions to Harlow include Market Square in the High, the memorial clock on the striped blue-and-white background, The Rows, the pedestrianization of High Street in Old Harlow, the Sports Centre and Town Hall (both now sadly demolished), and Bush Fair. He died in July 2021 at the age of 92. 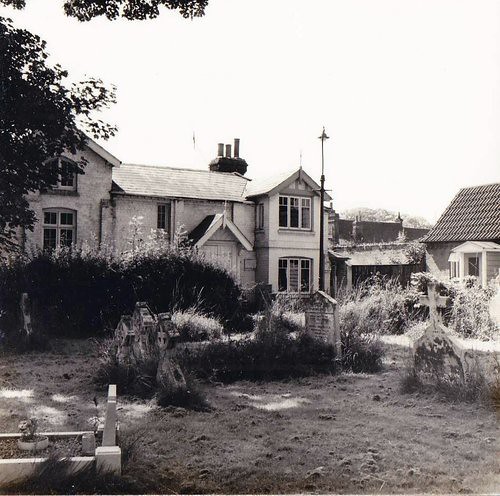 These three almshouses were built in 1844 using £100 bequeathed by Sarah Crabb 'for benevolent or religious purposes'. The land was provided by the vicar of St. John's Church and the houses were endowed with £1 annual rent from adjoining land. The houses, which still display a badly-weathered commemorative inscription, were modernized in 1956, and sold to a private owner in 1975. 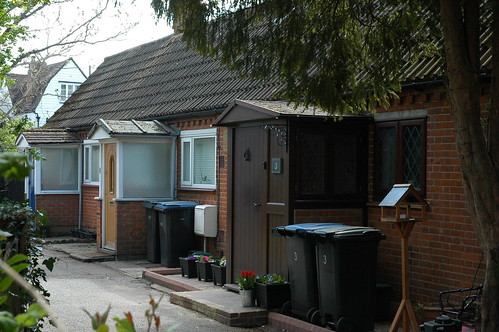