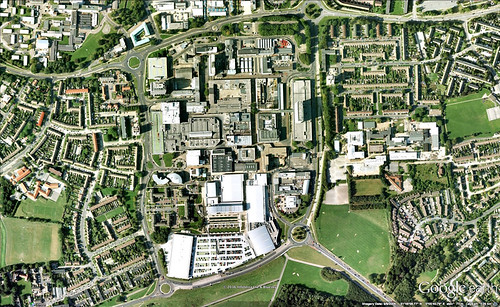 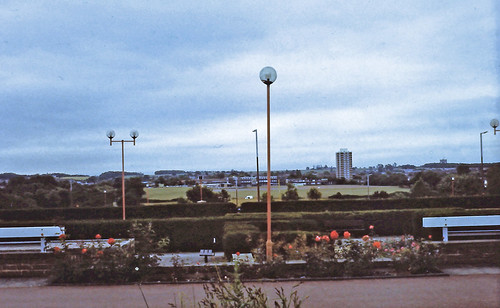 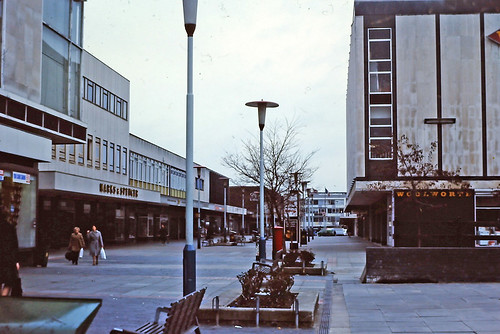 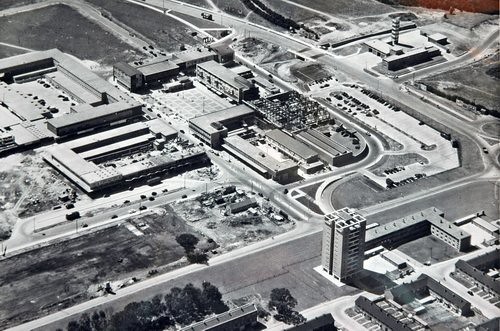 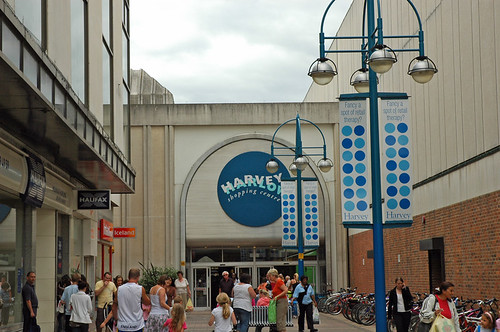 The focal point of the Harvey Centre was 'Solo Flight', a sculpture created in 1982 by the Lithuanian artist Antanes Bradys. It was dedicated to Sonia Anderson, member of Harlow Council from 1952 to 1997 and a trustee of the Harlow Art Trust. In the late 1990s the Centre was renovated and a glass-sided lift installed. The reconfiguration of the central area displaced the sculpture, and after its wings were reinforced, it was moved to its current site on First Avenue, opposite the church of St. Mary Latton. 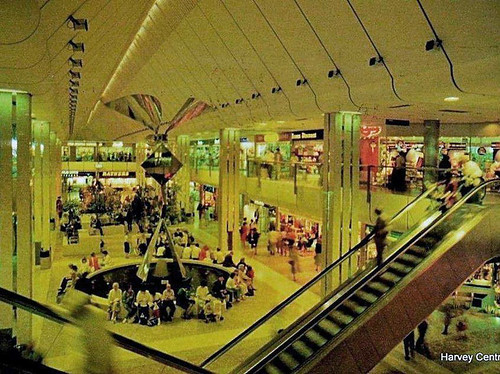 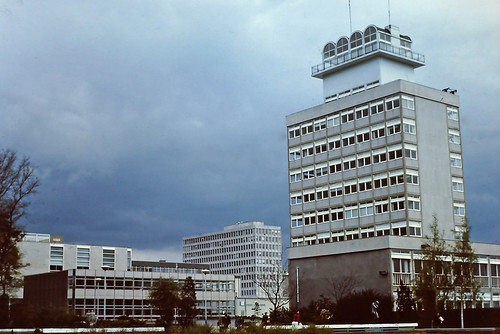 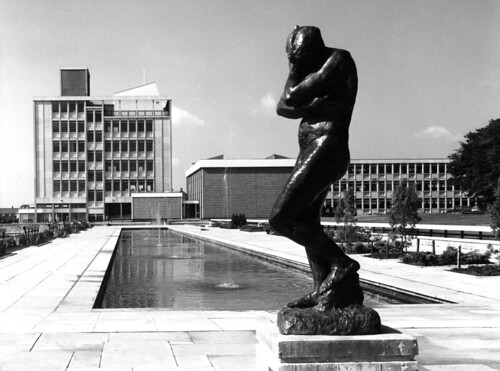 The High has struggled to adapt to the competition from an explosion of Big Box stores along Edinburgh Way and in other towns. The original anchor tenants in The High were Woolworth’s, Boots, Sainsbury, W.H. Smith and the London Cooperative Store. The LCS first traded in Broadwalk, and then built a Superstore in the Harvey Centre. After that closed, the site was subsequently occupied by British Home Stores. That store was one of the 164 BHS stores that closed in June 2016 when the chain went into receivership, and the space is vacant again at the time of writing (May 2019), having been temporarily occupied by Our House Home Furnishings. The former LCS site is now occupied by Fish Brothers Jewellery. Founded in 1930, this family-owned business is now in the hands of the seventh generation. They operate 14 shops in London and Essex, selling new and 'pre-owned' jewellery that hasn't been reclaimed by the 15 to 20 percent of owners that took advantage of the pawnbroking services offered by the company, and didn't return to claim their jewellery.

Marks and Spencer opened a store in Broadwalk in 1966 but it was a casualty of the M and S chain’s falling profits and closed in 2015. The company applied for permission to convert the store to a Simply Food operation, but Harlow Council rejected the application. The site has been renovated to accommodate smaller shops. Sainsbury, the grocery chain, originally traded in Broadwalk, then moved into a much larger space in the Harvey Centre before abandoning The High in the mid-1990s when it moved to a new superstore built on the former Gilbey’s site. Wilkinson’s now trades out of the former Sainsbury space. 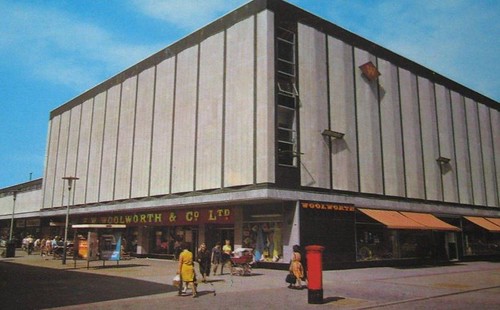