Park Hill, formerly called The Forebury, links Fore Street and what was the Netteswell or Roydon Road that was preserved as a cycle track in Gibberd’s plan for the New Town.

Dower House is a 17th century roughcast, timber-framed house. Despite being re-fronted in the 19th century, when the pedimented door was inserted, it retains its jettied first floor. Around the turn of the 20th century it housed Basil Scruby's doll factory. 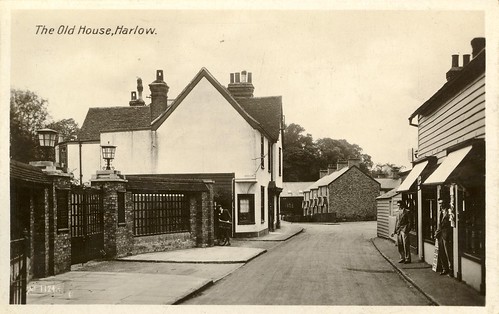 A late 18th century addition to Dower House, decorated with fake 'half timbering'. The sash windows were inserted in the 18th century, and the doorway with its open pediment in the early 19th century. During the 1890s this was Samuel Deard’s second house. In the 1870s his first house was Lawson's Cottage, next to the Chequers. His third was West House, next door at number 7. In 1898 Kelly's Directory described him as "inventor and patentee of the 'Victoria Dry Glazing'. Fifty tons or 60,000 feet used at the Colonial and India Exhibition, South Kensington; well adapted for railway, exhibition and conservatory roofs; also the patent coil boilers for churches, chapels, greenhouses and conservatories; appointed hot water engineer to 'Venice in London'; painter, glazier; lumber and gasfitter". 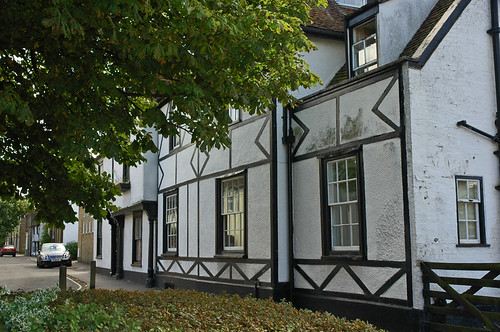 Until the 1969 redevelopment of Park Hill a large house known as 'Penshurst' was accessed by a lane between The Old House and West House. The 1980s housing estate built on the site of the old house, and of the veterinary surgery (see below) retains the historic name.

This early 19th century house in stock brick was the home of Dr. Richard Theodore Grubb, LRCP Edin., MRCS Eng., Medical Officer of Health and Vaccinator from at least 1874. After his death in 1909 the house was bought by Sam Deards the proprietor of Deards' Victoria Dry-Glazing works and the inventor of the cricket score-board which has become a standard feature of the English landscape. His Victoria Works was located behind the house, on a site now occupied by the houses of the 1980s-vintage Penshurst estate. A heritage Blue Plaque honouring Deards was installed on the house in 2018. 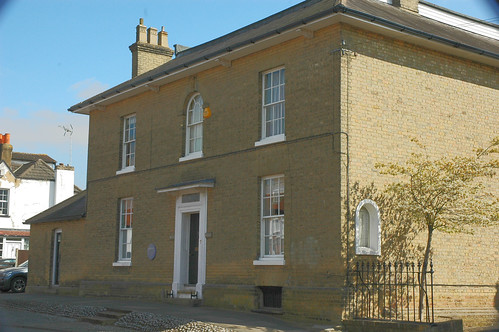 A brick building dating from 1869. In September 1947, when it was owned by Messrs. Windolite, the Epping Rural District Council (which was then still the governing body for Harlow), gave J. Cowlin and Sons permission to subdivide the building into two houses. The absence of a door on the west end of the building suggests that it was subsequently converted back to a single residence. In the spring of 2019 the property was on the market for £1.1 million. 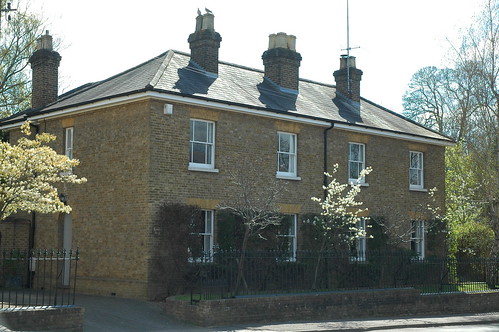 Until the 1969 redevelopment of Park Hill, the veterinary surgery and stables of J.E.M. Ridge was accessed by a lane on the west side of Hemsford.

A pair of late-19th century brick cottages originally known as No. 1 and 2 Park Villas. 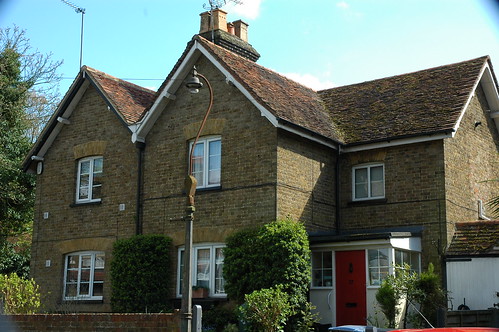