RAF Sawbridgeworth began life as an Advanced Landing Ground in 1937, and was upgraded to a full airfield in 1940. No. 2 (Army Cooperation) Squadron was based here for most of the war, flying the Westland Lysander, Curtis Tomahawk, Supermarine Spitfire and North American Mustang I primarily on photo-reconnaissance duties. It also was responsible for the selection and training of pilots for the Special Operations Executive (SOE), which delivered British agents into occupied Europe. Although no Canadian squadrons were based at the airfield, many Canadians served in the squadrons that operated from it. In September 1944, Canadians made up more than half of the pilots of No. 268 Squadron. The runways at Sawbridgeworth were made of Sommerfeld tracking laid over coir matting, and none of them survive. This design was not very successful because in wet weather the matting got waterlogged and sank into the underlying grass. But more than 80 percent of the perimeter track has survived, especially the section running through Mathams Wood. Here you can also see some exceptionally well-preserved aircraft dispersal pens of the 'Blenheim' type, complete with blast walls and air raid shelter. A type 24 pillbox overlooks the Hadham-Sawbridgeworth road that runs through the centre of the airfield site, and another one, almost completely overgrown, is at Blount's farm, on the road to Allen's Green. Many of the original buildings on the Technical Site survive on the Woodside Industrial Estate and Shingle Hall Farm. They include a 10-bed sick ward and attached dental unit, the mortuary and ambulance hut, and the Maycrete guardhouse. The underground battle headquarters has also survived, but as at Hunsdon, it is flooded and unsafe to enter.

A memorial to those who served on this airfield was built at the entrance to Shingle Hall Farm in 2007.  The monument lists the names of those killed while serving at the airfield.  One of those was Flying Officer H. Munro, RCAF, who was with 170 Squadron RAF which flew the Mustang I in the figher/reconnaissance role from 1942-44. 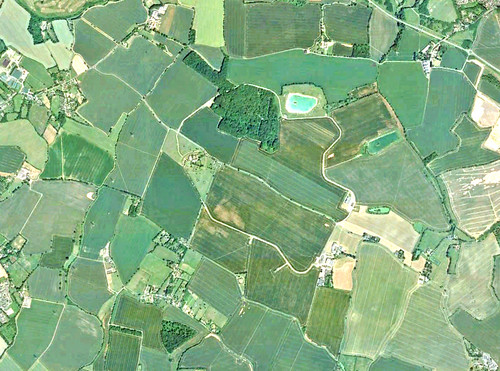