Three HSS faculty members featured in new CBC series about the history of slavery in N.L. 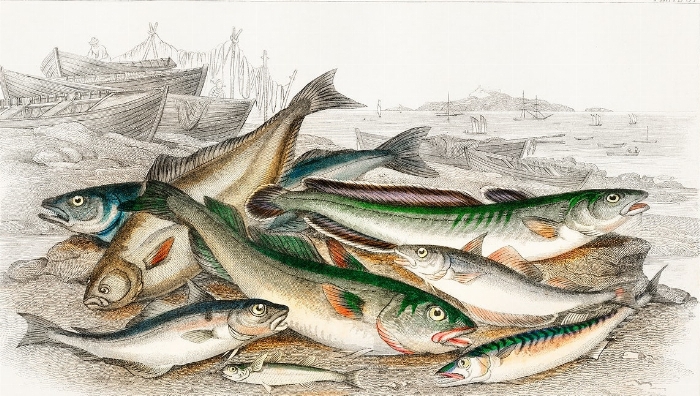 CBC is running a new radio/podcast series titled Unearthed: Slavery in Newfoundland and Labrador, which features insight from three professors in the Faculty of Humanities and Social Sciences so far.

The series is hosted by Xaiver Michael Campbell, a Memorial alum, and new episodes will air Fridays on CrossTalk. There are three episodes so far, available as podcasts.

While most of us were not taught that West African and Caribbean slaves played a role in early Newfoundland history, we know that historically, where there were prominent European figures in the 1600s, 1700s and 1800s, there were slaves. Why would our province have been an exception?

As Campbell says, “our colonizers, the ones who came to fish, Portugal, Britain, Spain, France, they were the most successful, and as such, the largest slave trading nations."

Neil Kennedy, associate professor of history at Memorial, is especially knowledgeable about Caribbean history. He tells Campbell that “it was widely recognized in the Atlantic that West Africans were … very highly represented in the coastal trades for their skills as fishermen.”

In fact, in episode one, we learn that “by the 18th century, about one fifth of all sailors in the Atlantic were people of colour.” Kennedy says this is likely a result of the danger associated with cross Atlantic journeys. “Going to sea was dangerous, so getting Europeans to go to sea was not always possible … picking up sailors, people with some skill, in the Caribbean or West Africa or in the colonies” was likely common practice.

Another speaker in episode one stated that there were three times as many Africans as Europeans crossing the Atlantic in the early days of our province’s history. This same researcher uncovered 19 slave ships built in Newfoundland and Labrador.

In episode 2, Barry Gaulton, a professor of archeology at Memorial, whose research interests include early modern fisheries and European exploration and settlement, shares several documented cases of slavery in our province. For example, the last will and testament of one prominent planter and settler in Ferryland stated, in 1791, that he wanted to free his slaves upon his death. Another such example was that of John Ryan who started the first newspaper in Newfoundland, the Royal Gazette, declaring that he wanted to bequeath his slave her freedom.

In light of such facts, the series is asking us: will Newfoundland & Labrador tell a more complete story of its history moving forward? How will these unearthed stories reshape the narrative of Newfoundland’s history of settlement?

Sonja Boon, professor of gender studies at Memorial, spoke of these questions in relation to food identities. Molasses, for example, is a distinctly Caribbean import, yet it can be found today it most pantries in Newfoundland. This harkens back to a time when low grade cod was shipped to slave owers in the Caribean, as a cheap way to feed slaves. On the other side of that exchange was the export of molasses to Newfoundland and Labrador. Boon asks us to think about what it means to have molasses in our cupboards here in our province.