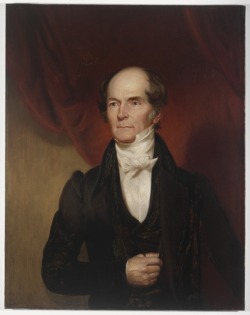 The inaugural lecture of a new series on the law in Newfoundland and Labrador will launch at Memorial on Jan. 25.

The series was initiated to address legal issues of public concern and to unite Memorial University and the provincial legal community in a venture seeking to examine the public interest.

“This kind of venture – an annual, high-profile dedicated law lecture – is common for most major universities in North America, and it is time that Memorial became part of this worthwhile trend,” said Dr. Christopher Dunn, Department of Political Science and the series organizer. “Up to now, the university has not had a platform for involving the public in discussions of legal reform, and this will be one.”

Derek J. Green, chief justice of Newfoundland and Labrador, will deliver the inaugural lecture on the topic of Re-Imagining Justice: Finding Local Solutions to the Access Crisis. He will participate in a question and answer session following the lecture.

The Chief Justice Francis Forbes Annual Law Lecture takes place Monday, Jan. 25 at 7:30 p.m. in the Dr. Richard Fagan Lecture Theatre, room M1M101 in Memorial’s Medical Education Centre. A reception will follow. The lecture is open to all and parking is available in lots 9 and 9L.

Sir Francis Forbes was appointed Chief Justice in the Supreme Court of Judicature in Newfoundland in 1816 and was to serve in this position until 1822. Thereafter he served as an adviser in the colonial office in London, followed by a distinguished career as the chief justice of the Supreme Court in New South Wales. Forbes was powerfully influential in furthering constitutionalism and the rule of law in Newfoundland. His decisions were fearless in the face of strong executive opposition, challenging and checking the use of arbitrary power by the governor and his subordinates, recognizing the right of residents to own property, and strengthening the position of the Supreme Court as a general appeal court for the colony.