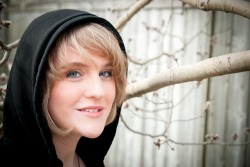 A second year Memorial University English student has turned to crowd sourcing to fund an appearance at the Melbourne Emerging Writers Festival in Australia from May 26 to June 6.

Since the launch Ms. Smith has done numerous appearances, including a stint as a featured author at the Word on the Street Book Festival in Halifax and she has read to over 1300 Newfoundland and Labrador students aged 10 to 14 as part of a school touring program. She was also the keynote speaker at the YWCA's Power of Being a Girl Conference and, through the Canadian Teachers Federation, NLTA and UNATU, read from her novel live via Skype to female students in Uganda on International Day of the Girl Child.

In February 2014 Ms. Smith was invited by the Canada Council to be a delegate to the National Forum on the Literary Arts in Montreal. The forum brought together over 230 literary professionals from across the country to discuss the future of writing and publishing in Canada. As a result of that experience, Ms, Smith has been invited to be a guest author at the 2014 Emerging Writers Festival in Melbourne, Australia.

However the festival can only pay a portion of her travel costs. And as a full-time student Ms. Smith is ineligible for Canada Council funding.

“The publishing sector is placing more and more responsibility for marketing and promotion on authors,” said Ms. Smith. “As a young novelist, events like the Melbourne Emerging Writers Festival can really help to develop and enhance my skills as an effective promoter. It’s an amazing opportunity but time is running out to book travel so we decided to turn to crowd sourcing.”

Ms Smith and her publisher are planning to launch her second novel, New Year, at the festival.

Her indiegogo project, True North to Down Under, hopes to raise $7000 for travel funds by May 12.