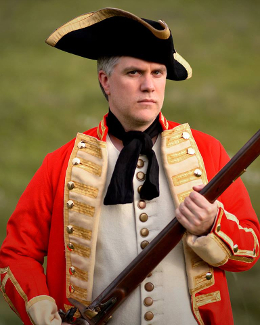 Dale Jarvis works as the Intangible Cultural Heritage Development Officer for the province of Newfoundland and Labrador, helping communities to safeguard traditional culture, the only full-time provincially funded folklorist position in Canada. Dale has been working for the Heritage Foundation of Newfoundland and Labrador since 1996, and holds a BSc in anthropology/archaeology from Trent University, and a MA in folklore from Memorial University. He is a past president of the Newfoundland Historic Trust, and has contributed as a board member and volunteer to many local arts and heritage organizations. He regularly teaches workshops on oral history, cultural documentation, folklore project management, and public folklore programming. By night, he is the proprietor of the St. John’s Haunted Hike ghost tour and a raconteur of local tales. As a storyteller, he performs ghost stories, stories of the fairies and little people, tales of phantom ships and superstitions, and legends and traditional tales from Newfoundland, Labrador and beyond. His repertoire includes long-form folk and fairy tales from the island, with a wide-ranging knowledge of local legends, tall tales and myths. Newspaper columnist and author of several books on island folklore, Dale Jarvis is a tireless promoter of local culture and oral history, and a teacher of storytelling performance arts.

I came to Memorial for graduate studies in 1994. I had initially applied to the anthropology department, but ended up in folklore largely because I was interested in the vernacular architecture work of Dr. Gerald Pocius.

Do any particular memories stand out from your time as an graduate?

My thesis research was conducted in the northern part of Labrador, on Moravian church architecture. I ended up doing research in Hopedale, Zoar Bay, Nain, OKaK, Hebron, and Ramah Bay. It was an amazing introduction to Labrador, and I think cemented my love of doing community field work.

What drew you to study folklore initially?

I’m something of an accidental folklorist! From the time I was a child up into my undergraduate studies, I wanted to be an archaeologist. I had then, and still have, a love of material culture, of artefacts and buildings, but folklore has allowed me to expand on my interest in things and places, and to explore the role of culture and tradition.

You are a true jack-of-all-trades and work as a folklorist, actor, entrepreneur, storyteller, writer … How did your arts degree equip you for your diverse worklife?

I think folklore is a great discipline for those who are curious about the world they live in, and for those who are passionate about the way in which traditions play out in contemporary society. I’ve always been interested in the quirky and the unusual; the arts degree gave me the research and writing skills to develop that interest into something further. In some ways, however, I don’t think my arts degree equipped me at all for an entrepreneurial existence. I’ve had to learn a lot of those skills myself.

In this age of downloads and ebooks, some people might think storytelling is a dying art but you’ve participated in storytelling festivals around the world – why do you think audiences continue to be so keen on this ancient art form?

People are hungry for stories, perhaps even more so now than ever. Technology can at times distance us from one another, and we end up craving connection to something larger than just us and a computer. Storytelling is one of our most ancient arts, and as the world changes, storytelling changes with it. The need to tell, listen to, and share stories is a large part of what makes us human. People love stories, and I love telling them.

Where did you get the inspiration for the Haunted Hike and its offshoot, the Ghosts of Signal Hill?

The St. John’s Haunted Hike was inspired by a ghost tour I took in the city of York, England. I had been visiting a friend who was studying archaeology there, and he had suggested we take in the local ghost tour. I was hooked, immediately, and thought that it would fit in perfectly with the history and architecture of downtown St. John’s. I started the Hike in 1997, never thinking it would turn into a fixture of the Newfoundland tourism scene, but it has. The Ghosts of Signal Hill program grew out of that. I was approached by Parks Canada to develop some kind of program similar to the Haunted Hike for the Hill, and I decided that it needed a slightly different model. So the Ghosts of Signal Hill program is less of a walking tour and more of a storytelling-based performance in some ways. But storytelling is at the heart of both programs. That, and the idea that you can get people excited about history by framing it in interesting ways.

What does an Intangible Cultural Heritage Development Officer do?

We’ve had an amazing partnership with the folklore department since the very beginning of the ICH program, and it continues to grow. A few years ago, the department started a co-operative studies MA program in public folklore, and HFNL has hosted several graduate interns, doing research on root cellars, make and break engines, basket making traditions, and the like. Our office has helped the public folklore students run community workshops and events, and we’ve helped out with the new folklore fieldschool program for new graduate level students. I would like to see the work we are doing to expand beyond the folklore program, into work with other departments interested in traditional knowledge and community information. We have developed a very good working partnership with the QEII Library and Memorial University’s Digital Archives Initiative, which is one way in which the University and communities can work together to share all kinds of archival, oral history, and ethnographic materials. I’m delighted with that particular partnership, and would love to see more communities avail of it.

Study what you love, whatever it is you are passionate about, and then get as much practical experience as possible. Volunteer, get involved, do a co-op program if you can. Take whatever courses available which have some sort of practical, hands-on component. I am a huge fan of community-based work. The university is great, but get out and acquire real-world experience doing things that matter to the larger community. Share what you find, freely and widely, and give back to the communities you do research in. I don’t see nearly enough academics doing that.

You’re a come-from-away but you live and breathe Newfoundland history and culture. Why were you so drawn to Newfoundland folklore in the first place?

I love the sense of community that exists here, and depth of local history and heritage. And I love that people here tell ghost stories! I am passionate about this place, and it is my home. That is more important than where I was born. Dividing people into who are "real" Newfoundlanders and who are "come-from-aways" is not useful to anyone.

I was in a Ukrainian folk dance troupe as a kid. There is at least one photo floating around Facebook, somewhere.

I have a house in Clarke’s Beach, Conception Bay. I love being there, as much as possible.