Stop telling me what my degree is worth! 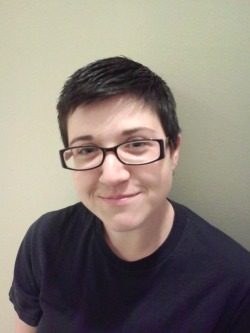 Stop telling me what my degree is worth!

There are many reasons why people choose to pursue post-secondary education – and money isn’t always one of them.

A few summers ago, I was working as a waitress at a hotel in the Yukon. There was a customer one evening who asked me what I did in the off-season when the hotel was closed, I told him that I was a university student and the usual question followed: “What are you studying?”

I told him that I was double majoring in English and Classics. The man put down his fork and laughed.

“I guess you’d better get used to waiting tables then,” he said.

I know this man was only trying to make a joke, and it wasn’t anything I hadn’t heard before, but the cliché of the “useless” Arts degree is starting wear my patience pretty thin.

It was nothing new. Most of the people I was friends with in high school went on to study Engineering, Computer science, or Health Sciences. Some of my friends really did love the fields they were in, but most of them viewed my degree as impractical. My roommate in first year was a fifth year Engineering student who referred to my program as “Story Time”. I remember my guidance councillor in grade 12 giving me a long winded lecture on the economic merits of going to trade school or college. I’ve seen my uncle, who works in heating, refrigeration, and air conditioning, roll his eyes when I mention my plans to pursue a graduate degree in the Arts.

I understand their perspective, if you look at an education as nothing more than an avenue toward a higher paycheck than an English degree doesn’t make much sense. With the cost of tuition sky rocketing and many students facing exorbitant post-graduation debt, it’s tempting to consider the cost and benefits of university as nothing more than a numbers game. But not everyone views their education in terms of dollars and cents.

For many people, education doesn’t even need to lead to any kind of career at all. For some, a university education is about nothing more than learning about a subject that they are deeply interested in. For others, like my own father who completed a Bachelor of Science in his late forties, it is about challenging yourself to think in new and different ways.

To view a university degree as nothing more than a path to greater earning potential is, frankly, reductive and narrow minded. Every society needs a balance of arts and sciences, trades and intellectuals, and all of the overlap in between. If everyone enrolled in the programs that offered the highest salaries or the career paths that were in the greatest demand, we would have no teachers or artists. No one would ever become a social worker or councillor or seek employment with a non-profit organization. It’s time we revaluated what we mean when we tell people to be “practical” about their education and acknowledge that our society needs people with various different values and interests in order to remain progressive, dynamic, and multifaceted.