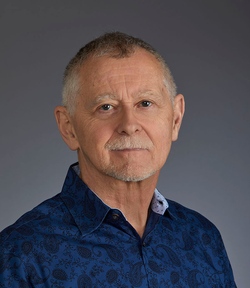 Lawrence O'Toole grew up in Renews, Newfoundland. He graduated from Memorial University with a BA in 1971. In 1973 he joined the Globe and Mail in Toronto as an entertainment writer. In 1978 he became an editor and the film critic for Maclean's and moved to New York City in 1980 as the magazine’s New York bureau chief. In 1987 he switched to freelance writing and enjoyed a very successful career writing for various publications such as the New York Times and GQ. During this time he wrote a memoir called Heart's Longing: Newfoundland, New York and the Distance Home. Following that he launched Rara Avis, a company selling rare classical vinyl recordings world-wide. His most recent career is as a real-estate broker with his own company, Lawrence O'Toole Realty.

For a boy from an outport in 1968, Memorial was the only game in town. My parents were poor so I couldn’t attend a university on the mainland. Not that I wanted to. I was perfectly happy to go to Memorial. And for an outport boy, a university in St. John’s was fairly exotic.

My grandmother inspired my love of reading. And since I didn’t know exactly what I wanted to be, English seemed the obvious choice. I also knew I’d do well at it and I knew I’d have to depend on scholarships.

Do any particular memories stand out from your time here as an student?

Speaking of scholarships, I was broke and wanted to go backpacking through Europe for the summer. Miraculously, I got a letter from MUN telling me that I had won a scholarship the year before but it had been sent to another Lawrence O’Toole!!! Going to foreign films at the MUN Film Society was a wonderful memory – wow! The first time I saw an Ingmar Bergman film! – and that served me well when I became the film critic for Maclean’s in the 1970’s. My freshman and sophomore years were also during the Summers of Love and I vividly, perhaps too vividly, going to dances at Memorial and grooving to Lukey’s Boat. There are so many other memories, but I don’t want to drone on.

I would like the 1970’s to start over again so I could backpack through Europe once again with Europe On $5 A Day (no lie) as my guide. That’s the course I would love to take again. But seriously, there were two sociology courses that I loved, with two great teachers. And I had a blast when Michael Cook taught his Shakespeare class, Michael being a true character.

You currently operate Lawrence O’Toole Realty with offices in the Hudson Valley and Manhattan and previously you were a journalist. Can you explain your career trajectory/path and how it took you from Memorial to Manhattan?

I did pretty much everything I wanted to do as a journalist, from writing for the Globe and Mail and Maclean’s, then the New York Times and a host of other publications in the US when I moved there in 1980. I got a little tired of my own opinions and then fell into another business that was close to my heart: I sold rare classical vinyl records for about seven years. I created a company called Rara Avis (reminded me of the nuns who taught me). I love classical music and that was a wonderful business until the internet pretty much killed it. Then when I turned 50 I thought, ‘Jeez, you are practically unemployable.’ What could you do where your age is an asset? What else? Real estate, which is really a form of living literature. So many stories, so much drama …

I have a place upstate and a pied-a-terre in Manhattan. When upstate I’m a bit of a workaholic; when in the city I’m a culture vulture. So, it depends where I am. On a typical day in the city I love exploring.

It introduced me to a world I didn’t know and that was enough. I was never “career” focused. I just wanted to see what would happen with my life, depending on what direction I decided to head myself.

Not something nice. It’s not all about money.

Go with what either your heart or your gut tells you to do. They are the two smartest organs we have. The rest will sort itself out.

I’m all over the map. Literally. I’ve traveled a lot and I’ve written about travel. My favorite place to visit is the next place I go. But if someone put a gun to my head, I’d have to agree with what Audrey Hepburn said, ‘Paris is always a good idea.”

I recently finished a wonderful novel called Less by Andrew Sean Greer. And I’ve started a novel about the Egyptian poet Constantin Cafavy with a wonderful title: What’s Left of the Night.
I’m listening to a lot of Leonard Cohen. I love Leonard Cohen. I listen to music practically all day, mostly classical.

Travel, travel and more travel. And that would include a trip home to Newfoundland.