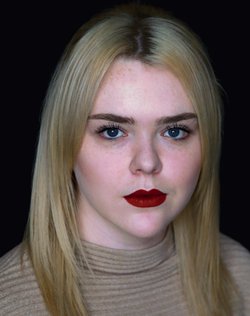 Katherine Harvey is a folklorist, curator and writer from Cupids, Newfoundland. Since beginning her career in the heritage sector she has worked in a variety of capacities with the Cupids Legacy Centre, The Rooms Provincial Museum, The Museum of Logy Bay-Middle Cove-Outer Cove, The Railway Coastal Museum and Parks Canada. She obtained her Bachelor of Arts in folklore from Memorial University in 2014, and is currently completing her Master of Arts in public folklore.

Proximity was the initial reason I selected MUN for my undergraduate degree. At 17, having just graduated high school, I was not interested in leaving Newfoundland. However, when I decided I was going to return to complete my Master’s degree in folklore, I knew that Memorial had the best program in the country, so my decision was easy.

Do any particular memories stand out from your time here as student?’

When you begin the MA program in folklore, you’re shipped off to a remote location in Newfoundland to complete a course called field school. You live with your classmates and immerse yourself in the local culture. My class lived on Change Islands for three weeks, and it was one of the most surreal and beautiful experiences of my life.

What drew you to study folklore?

Without even knowing it, I’ve always been drawn to folklore; I simply learned what it was when I began my degree. As a child I would force my parents to take me to museums whenever we took a trip. I loved the small community museums, the ones that were simple houses preserved to appear as if frozen in the past. There was something about looking into these people’s lives that fascinated me.

A prominent folklorist, Steven Zeitlin, once wrote the role of the folklorist: “Ours is the active pursuit of beauty in the ordinary.” I think he beautifully summarizes why I was drawn to the field of folklore. We study the everyday peculiarities and traditions, and there is something romantic about that process.

You’ve accomplished a huge amount since graduating – can you give us a run down? And what’s this we hear about a film?

Thank you! I’ve always worked in museums and the heritage sector, starting with the Cupids Provincial Dig Site when I was in high school. Since graduating, I’ve become a little more specialized in what I do. I managed the Logy Bay-Middle Cove-Outer Cove Museum for two summers where I had the opportunity to curate my first exhibit. I decided to return to school shortly thereafter.

My father, Kenneth Harvey, who is an incredibly talented filmmaker and writer, and I co-created a television series called “LORE” which focused on folklore in Newfoundland. I researched, wrote and stared in the pilot episode which aired on NTV. That was the beginning of my interest in film. I wrote a short script called “When My Body Washed Ashore” a few months ago, and my father is helping me put it together as a short film. It’s exciting to be able to take an idea and turn it into something tangible.

What role does folklore play currently in your creative work?

Folklore has shaped my entire outlook on creating. I see folklore in everything I do now, and it effects my judgement and my sense of what is ethical. Folklore was the basis for the television show that I created, and it has heavily influenced the exhibits that I’ve curated as well.

It isn’t always easy to find work in my field; the work is typically seasonal and contractual. I’ve been fortunate in that when I haven’t been able to find work, I’ve been able to create work for myself. “LORE” was actually the product of unemployment.

Studying humanities, specifically folklore, has given me a unique perspective on how I understand and value people. I think that it is unfair to compare the worth of one degree with another because they are two completely different things. I will say, from my own experience, my arts degree has landed me multiple jobs and opportunities.

Take all the introductory courses when you start at Memorial so that you can get a feel for what the discipline has to offer. Study what you love, because that is the most important thing in the world. Don’t pick a field simply because you think it will make you a lot of money or because you think it will be easy to get a job after graduation, make sure you really enjoy it, because in the end your happiness is the most important thing, and everything else will work itself out.

There is nothing more thrilling than exploring a new place. I’ve been fortunate in my career thus far as I’ve been able to travel to all kinds of remote places in Newfoundland. I’ve also been to New York a few times over the past couple of years and I really enjoy it there. It’s so vibrant and filled with endless culture. I would recommend that everyone explore this crazy world as much as possible.

I’m looking forward to graduating, to taking some time off from school and exploring other places outside of Newfoundland. I’m hoping to use my freedom to create, to help others, and ultimately to be happy with myself and the work that I’m doing.