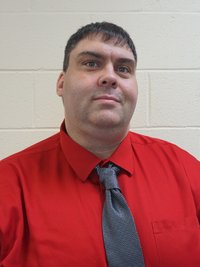 James Baker is a critical and public sociologist with strong interdisciplinary training and interests whose work draws upon such areas as sociology, political science, psychology, history, and geography. He is currently a Banting Postdoctoral Fellow at McMaster University under the supervision of Dr. Victor Satzewich. As a qualitative researcher, his academic work focuses on race/ethnicity, immigrants/refugees, and youth/adolescents. He also studies Newfoundland nationalism and identity within the context of youth.

His postdoctoral work utilizes microaggression theory in order to examine refugee youths' experiences of racism in St. John's, Newfoundland and Labrador and Hamilton, Ontario. He also has a funded SSHRC project to examine white youths' observations of racism and their views towards Canada's response to the Syrian Crisis.

Much like many high school graduates during the mid-1990s, there was a move to encourage youth to attend university, especially following the collapse of the cod fishery. Attending university wasn’t something that was initially on my radar, given that my father (like most Newfoundlanders who were born pre-Confederation) only had a grade six education; my mother, however, had a commercial diploma (what we would consider a business/commerce degree today). It was through the encouragement of my family that I decided to attend university, and specifically Memorial.

What drew you to do a degree in history and political science?

I was always interested in the social sciences, though ironically, I did not do world history in high school instead opting for world geography. This may explain why I gravitated towards history as I did not have a chance to take it in high school. My interest in political science was born out of my involvement with the Council of the Students’ Union (CSU, now MUNSU) as it seemed that almost all council members (save for those councilors who were in specialized faculties) were doing either a major or minor in political science. I guess the adage “When in Rome…” applies here!

I was very involved in student politics at both the undergraduate and graduate level. Serving students was very important to me and I have very fond memories of that time. One particular memory I especially enjoy relates to my time as a MUNSU University Senator – challenging the Chair of Senate (who was, at the time, President Axel Meison) and winning the challenge. I did not realize until much later that it was consider verboten to challenge the chair! I also had the benefit of being one of the few counselors who regularly made the front cover of The Muse. I suppose it’s fine to out myself now as many of those “unnamed sources” during the late 1990s was me - the news editors loved to see me visit!

I was involved with many extracurricular activities – I started out with The Muse then moved to the CSU as one of the last general studies representatives, and then finished much later as GSU VP Academic. I ran several times for CSU Executive but never won unfortunately – though I was told by a former CSU staff member that I was “the best President the CSU never had!” I don’t know if it was meant as a compliment but I took it as one. I was also the last President of the Burton’s Pond Student Association and the first President of Cabot Court. I also dabbled with the campus political groups, serving as President of PC MUN, though I don’t think I was very good at it – I never was one for drinking the blue/red/orange Kool-Aid!

That’s actually a tough one – I’ve done so many (which I think helped to inform my interdisciplinary approach to scholarship). I would think Psychology 1000 – because I failed it – and also given that my research in sociology is very much informed by a social-psychological approach. I do want to say that I took some awesome undergraduate courses with some amazing professors including Peter Boswell, Frank O’Brien, and Chris Dunn (in political science); Stephen Riggins and Karen Stanbridge (in sociology); Shannon Ryan and Edita Bosak (in history); as well as Peggy Coady (in business). I can honestly say that I am the scholar I am today due, in part, to their guidance and support.

“Don’t become a lawyer – they’re a dime a dozen! Do your PhD.” It’s a piece of advice that has served me well.

You were recently interviewed by the New York Times regarding your research on whether the term ‘Newfie’ is an ethnic slur. Can you comment on this in light of your current work on race and ethnicity?

The idea of “Newfie” as an ethnic slur, I think, is borne out of the idea that Newfoundlanders (and Labradoreans too) are somehow different from those from other parts of Canada. We have a unique cadence, culture, mannerisms, food, etc. which all speak to the idea of a Newfoundland identity or, more specifically, a Newfoundland ethnicity. I think, however, that many conflate the term race and ethnicity (assuming they are synonyms when they are not) so Newfoundlanders do not necessarily view themselves as an ethnic group. The response that I had to my work on the term “Newfie” – which in some cases was quite vitriolic - nonetheless demonstrated clearly to me how passionate Newfoundlanders are about their culture and heritage.

With the Banting, it is quite busy – I usually get into to my office at McMaster around 9 am, check my email, respond to students’ inquiries – which is very administrative, especially when I am teaching a class. I usually spend part of my day reading articles, preparing for presentations (I’m presenting at the American Sociological Association in early August), and preparing papers for submission to scholarly journals.

I am also currently co-editing two books on immigration (one which was recently submitted to the publisher) so that took up the bulk of my time the past two semesters. I have also nearly finished conducting the interviews for my Banting research (refugee youths’ experience of racism) and my SSHRC funded project (white youths’ observations of racism).

What’s the biggest misconception the general public has about academics?

I think the biggest misconception is that the public thinks we know everything – when, in reality, we are still very much still learning our craft. My work in race and ethnic relations is very much a work-in-progress – I have only barely scratched the surface. I am constantly reading new articles and books to further expand my knowledge of my discipline. It’s something I tell my students regularly – I don’t know everything so if I don’t know something – and they do – then teach me!

Anyone who questions the value of an arts degree is full of BS and I can say that having also done a B.Comm (Co-op) degree! I spent nearly 15 years working in the non-profit sector (prior to taking up the Banting and while doing my PhD) and I cannot emphasize the importance of being able to write well, to articulate oneself, and to deliver quality presentations. These are all important skills that employers look for in an employee and each of those skills were honed as part of my arts degree. I would also add that such skills are especially valuable in the non-profit sector where these agencies are so dependent on developing successful funding applications.

I guess I should say sociology! But I would strongly recommend doing a course that truly interests and engages you. If you have your heart set on medicine* or engineering – that’s awesome – but if you love Shakespeare, then do an English course, or Machiavelli, political science, or Marx, sociology. One of my favorite courses was Science Fiction and Fantasy with Donna Walsh – the topic really interested me so I fit into my schedule (as I was doing my commerce degree at the time and was constrained in terms of the courses in which I could enroll). I never regretted it as she introduced to me to some amazing literature.

I love to read so definitely a library. I used to spend many hours looking through the stacks at MUN just browsing to see what might interest me.