By Jackey Locke and Susan White

A Memorial alumnus with a diverse background in educational technology, television production and international development has been appointed the director of the Memorial Centre for Entrepreneurship. 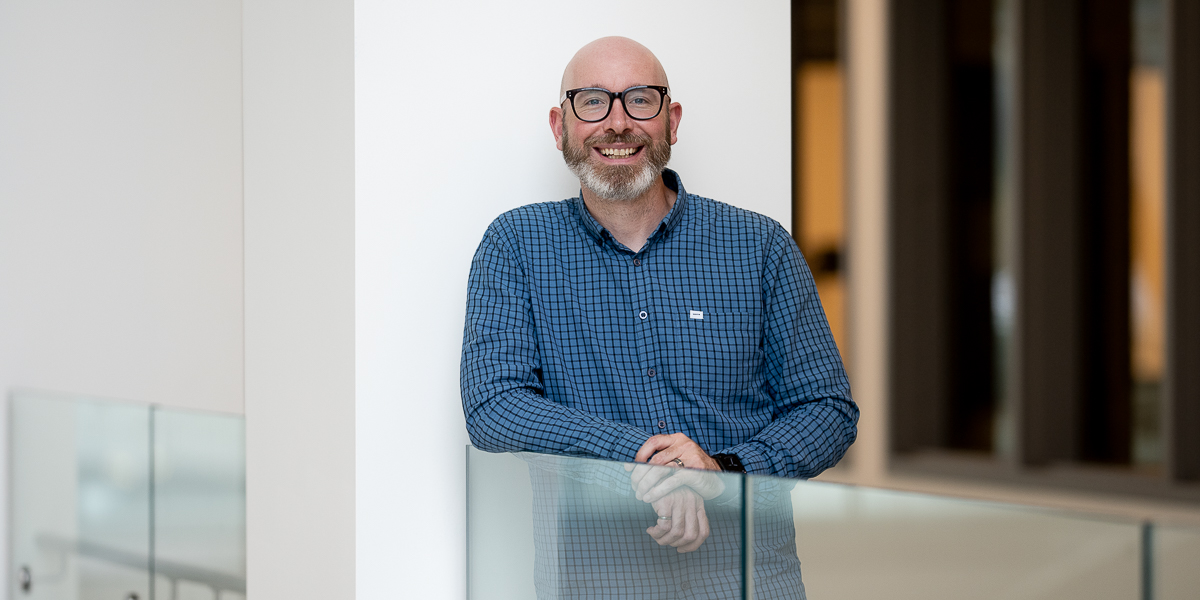 Mr. Martin is an entrepreneurial leader with extensive experience in technological and creative industries.

Most recently, he was the chief executive officer of Carnegie Learning Zorbit's, based in St. John's, N.L. Carnegie Learning Zorbit's, formerly called Clockwork Fox Studios, is an educational technology startup acquired by Pittsburgh-based Carnegie Learning in April of 2021. At the time of its acquisition, Clockwork Fox had raised multiple rounds of private and public funding and grown to a team of 33. Its marquee product, Zorbit’s Math Adventure, is a teaching and learning platform for K-3 that helps students develop a deep understanding and love of math. It is used by hundreds of thousands of teachers and students across Canada.

Prior to Carnegie Learning Zorbit’s, Mr. Martin was president/producer at Best Boy Entertainment where he wrote and produced multiple kids’ and documentary series, including Soccer Shrines, which saw him lead a small production crew to 13 cities around the globe. Closet Monster, a feature film that he produced, won Best Canadian Feature at the Toronto International Film Festival.

Martin’s entrepreneurial journey began when he founded the Memorial University chapter of Engineers Without Borders (EWB). His work with EWB ultimately brought him to Zambia where he worked for a year on several projects to support poverty alleviation in the country. He holds a bachelor of engineering degree in mechanical engineering from Memorial, a master of business administration from Queen’s University and a graduate diploma in communication studies from Concordia University.

“I think my diverse work experience has served me well as an entrepreneur and will continue to do so in this new role,” he said. “I look forward to bringing people from different faculties and backgrounds into the centre and introducing them to the world of entrepreneurship.”

For more information about the Memorial Centre for Entrepreneurship, please visit here.