On 25 March 1947 the Minister of Town and Country Planning issued a designation order for a new planned community of 60,000 people to be located west of the existing Essex village of Harlow. The decision to build Harlow and seven more new towns around London was an unprecedented leap into the unknown. It was an initiative made possible by a half-century of preparatory work and a very unusual, never to be repeated, combination of circumstances.

The philosophical basis of the 20th century New Town movement was the late 19th century Garden Cities movement which was a reaction against the environmental and social problems found in large, industrialized cities. The idea was formalized in 1898 when Ebenezer Howard published his one and only book Tomorrow: A Peaceful Path to Real Reform. In his view, human location was determined by the interaction of three magnets: Town, County and Town-Country. He argued that the forces of these competing attractions could be balanced, and the human condition could be improved by the construction of planned, self-contained communities surrounded by rural belts. Each would contain a mixture of residential, industrial and agricultural areas, and each would be just large large enough to make possible a full range of social life. The houses were to be laid out at densities lower than the prevailing urban norm so that their occupants could enjoy sunlight, fresh air and garden space, things that the residents of most Victorian terraced houses lacked. When one garden city had grown to its maximum desirable size, another would be founded. Howard's utopian vision was that in the future, major cities like London would be surrounded by a ring of such new town.

Howard’s book was reprinted in 1901 under the new title Garden Cities of Tomorrow. The change in title was significant. Howard hadn’t intended that his book would be used solely to provide the blueprint for the physical planning of new towns. In fact the details of internal town layout are rather vaguely discussed. The central argument of his book was that garden cities would be successful only if they adopted a style of governance based on private, rather than government initiative; and communal, cooperative effort. The revised title reflected the conviction of many of Howard’s influential backers that while England might be willing to embrace the goal of better planning for urban areas by creating ‘garden cities’ it wasn’t ready for a social revolution. 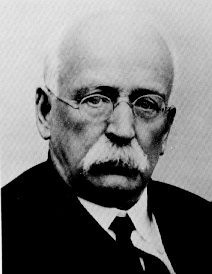 Under Howard’s leadership the Garden City Association succeeded in building two garden cities by private subscription: Letchworth (1902) and Welwyn Garden City (1920). Both were hampered by a shortage of funds due to the fact that, in accordance with a central tenet of Howard’s argument, government financial support was neither sought nor accepted. However they serve as lasting testimony to the vision and bravery of Howard and other like-minded social reformers. Neither up to that time, nor later has anyone, in any country, attempted a project as risky as this one.  But, somewhat improbably, their pioneering efforts led to the adoption of 'new towns' as a significant element of  the government’s plans for the redevelopment of post-war Britain.

In recognition of his contribution to urban planning, Howard was made an Officer of the British Empire in (OBE) in 1924 and a Knight Bachelor in 1927. His legacy lives on. The Garden City Association, which he founded in 1899, has become the Town and Country Planning Association, Britain’s oldest charity concerned with planning, housing and the environment.