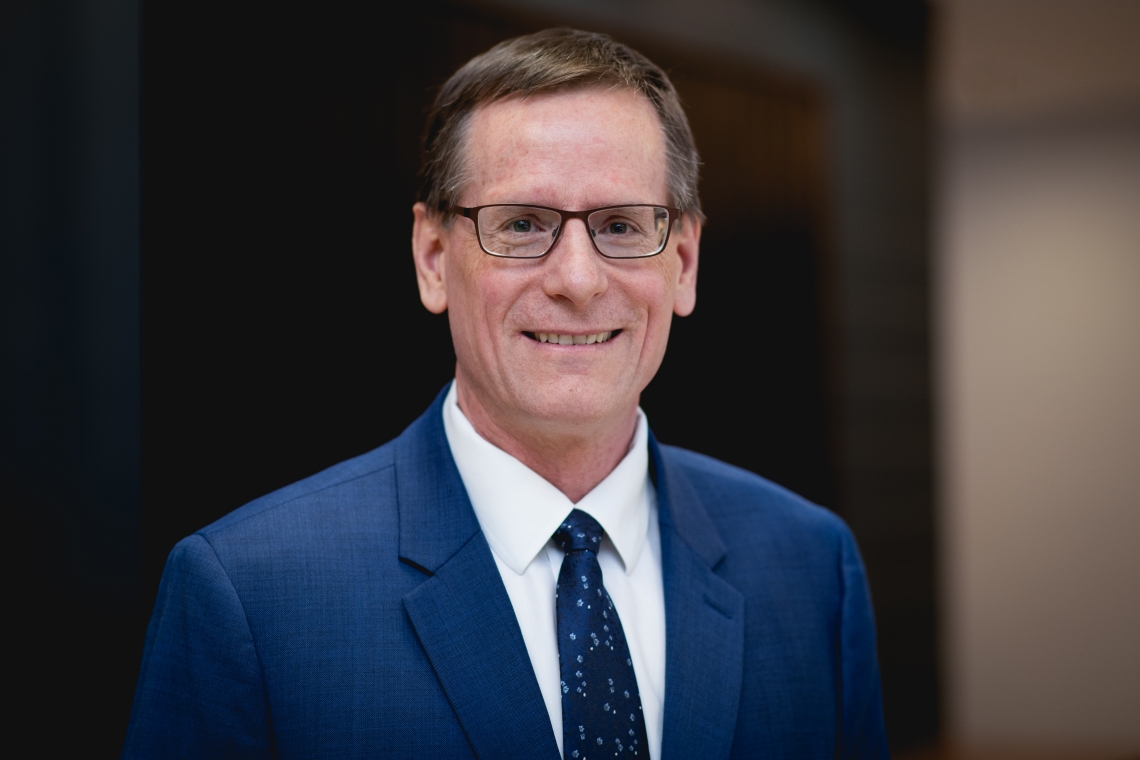 Dr. Greg Naterer has served as dean of Engineering and Applied Science at Memorial since 2012.

On May 1, Dr. Naterer will join the University of Prince Edward Island as vice-president, academic and research. We reflect on Dr. Naterer’s time at Memorial and celebrate him as a strategic, forward-thinking and thoughtful leader who has shown strength, grace and insight.

In one of his first accomplishments as dean, Dr. Naterer led an engineering expansion strategic initiative that saw significant growth in enrolments, industry partnerships and research. The faculty’s prominence, nationally and internationally, was raised to new heights, and in Times Higher Education’s 2021 World University Ranking, Memorial’s engineering programs rose to first in industry partnerships and fourth overall among Canadian comprehensive universities.

One of Dr. Naterer’s initial goals was to increase enrolment by women. As part of his mandate over the past 10 years, he has increased opportunities for women in engineering and fostered a vibrant student learning experience.

For four consecutive years, Newfoundland and Labrador had the highest percentage of female undergraduate engineering students in Canada, at 27 per cent.

Dr. Naterer’s support to students over the years has also enabled their success in national and international competitions.

In 2017, a team led by Memorial engineering students placed second in the world among hundreds of other teams at an international SpaceX Hyperloop Competition in Los Angeles. The team designed the world’s first high-speed, air-levitating hyperloop vehicle.

“It has indeed been a pleasure to work closely with Dr. Naterer on the faculty’s leadership team over the past 10 years,” said Dr. Dennis Peters, associate dean (undergraduate studies), with the faculty. “He has consistently challenged us to bring our best for the benefit of the faculty and our students and has led with a sure hand. It has also been great to help introduce Greg to some of what Newfoundland and Labrador culture has to offer, including such delicacies as cod tongues and scrunchions, and to watch as he has grown to love this province.”

Dr. Naterer has also made significant contributions beyond the walls of engineering at Memorial through his work on committees that found solutions to difficult pan-university budgetary and pandemic challenges.

He was the Dean of Record of the Faculty of Education from 2018-2019. In 2019 he chaired Memorial’s Budget Framework Committee, and, most recently in 2020, he led the university’s Pandemic Academic Planning Committee in response to COVD-19.

Dr. Naterer co-led the creation of new interdisciplinary initiatives such the Memorial Centre for Entrepreneurship (MCE), in partnership with the Faculty of Business Administration. The MCE, which was created in 2014, was named one of the top five emerging entrepreneurship centres in the world for two consecutive years by the Global Consortium of Entrepreneurship Centers. The centre also includes initiatives to encourage and support women entrepreneurs.

“Dr. Naterer is not only an internationally pre-eminent scholar in engineering research and education, but also a brilliant, visionary leader in academic administration,” said Dr. Bing Chen, associate dean (graduate studies), in the faculty. “With his inspiring wisdom and passion, he has been leading our faculty to grow and achieve so much over the past 10 years. It has been my privilege to work with someone so talented and, yet, so humble. I truly appreciate his great guidance and support over the years. I trust he will continue his excellence and legacy in his new position at UPEI.”

Dr. Naterer was also a strong ambassador for Memorial.

He was chair of Canada’s National Council of Deans of Engineering and Applied Science when significant improvements occurred in the accreditation system. He was editor-in-chief of a prestigious international journal: the American Institute of Aeronautics and Astronautics’ AIAA Journal of Thermophysics and Heat Transfer.

He was an active and dedicated volunteer in the community, including work with the Gathering Place and his time on the Board of Directors of the Dr. Jack Hand Legacy Foundation. He is a member of the Rotary Club of St. John’s East, where he has co-led water and literacy projects in Ghana, among other community projects in St. John’s.

As for his research, Dr. Naterer has made significant contributions to mechanical engineering in the fields of energy systems, heat transfer and fluid mechanics. He has received numerous awards, including, most recently, the K.Y.Lo Medal of the Engineering Institute of Canada (EIC) for exceptional engineering contributions at an international level. He is a fellow of the Canadian Society for Mechanical Engineering (CSME), the American Society of Mechanical Engineers (ASME), EIC, the Canadian Academy of Engineering (CAE) and AIAA.

“It has been an honour and a pleasure to work with Dean Naterer – a model of leadership and integrity,” said Dr. Octavia Dobre, associate dean (research) in the faculty and incoming interim dean. “I was fortunate to get to know him: a distinguished scholar, educator and leader. He has worked tirelessly to make the Faculty of Engineering and Applied Science a stronger organization. Thank you for your commitment to the excellence of the faculty, which has inspired us all during the past 10 years! Wish you all the best in the next phase in your career!”

Dr. Naterer was an outstanding leader to faculty, administrative and academic staff and students. His legacy will stand long into the future as his outstanding leadership will continue to make positive impacts on the future of Engineering and Applied Science at Memorial.

All the very best in your new role at UPEI, Dr. Naterer. We know you will continue to do great things.