Saving the CBC: A Public Forum 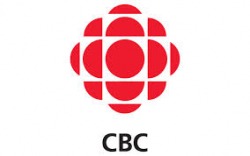 Saving the CBC: A Public Forum

A discussion scheduled for this Friday October 3 will speak to the crisis in public broadcasting facing Canada.

Thanks to decades of budget cuts which has diminished the CBC’s role as a nation builder, it is possible to envisage a near future with no public broadcaster or one so weakened as to not constitute a viable public broadcasting option, according to event organizer Dr. Chris Dunn of the political science department.

“The emphasis of the session on Friday will be to determine what we as Canadians can do ensure a viable future for the CBC,” said Dr. Dunn. “To quote Michael Valpy, ‘If we don’t have a CBC, we don’t have a country . . . Without Canadian programming and films, without the broadcasting of Canadian stories, Canadian citizens will not be able to shape Canadian solutions to social and political problems, will not be able to transmit their values to their children.’”

The recent loss of hockey revenue as well as the ownership of Hockey Night in Canada content has been a game changer according to guest speaker Ian Morrison, the spokesperson for the Friends of Canadian Broadcasting.  Mr. Morrison will be speaking alongside Wade Rowland, currently a faculty member at York University and a former print and television journalist who previously served in management at both CTV and the CBC.

Mr. Rowland says there has been an imbalance in public-private subsidization.

"Between 1991 and 2009 while the federal government’s expenditure on CBC/Radio-Canada rose by only 8 per cent, federal subsidies to private, commercial broadcasters rose by somewhere between 48 to 59 per cent, depending on how the calculation is done.”

Saving the CBC:  A Public Forum takes place in room 2018A of the education building on Friday October 3, 2014 from 1 to 3 p.m.  Sponsors include the Atlantic Provinces Political Science Association (APPSA), the Vice President (Academic)’s Scholarship in the Arts program, Memorial University’s Political Science Department and FRIENDS of Canadian Broadcasting.

All are welcome to attend.