The Burdens of Black Face 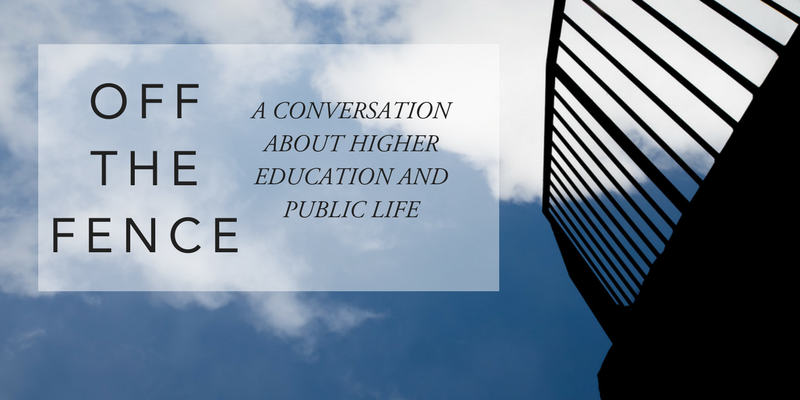 View as a PDF

Universities are institutions which will ideally address difficult social issues. Places of higher learning are not neutral: those of us who work in them pursue specific priorities. In broad terms, our work accepts social relations as they are, and thus contributes to maintaining these social relations; or in some way challenges current social practices. In this sense, university administrators and faculty members routinely engage ethical and social questions. We cannot escape the reality that our professional choices and pursuits have public significance and are consequential. Thus, this series of essays is called ‘Off the Fence’: an acknowledgement that none of us have the option of remaining neutral. Our work is necessarily implicated in the push and pull of social relations.

In the below essay, I draw attention to the challenge of racism in Canada. My own intellectual work has valued analysis and dialogue that begin with issues to which I and those with whom I interact have a direct connection, especially as related to where we live and work, and to professional and community ties. The primary objective of this page is to engage issues of public importance in ways that encourage dialogue among multiple stakeholders. I am interested in naming practices of inequity, and imagining possibilities for moving toward justice. Ideally, the essays posted on this page will invite a variety of individuals and organizations to carefully consider their connection to practices of injustice, and to publicly engage conversations about and steps toward equity.

The Burdens of Blackface

People living in Canada continue to grapple with racism and colonialism. One area in which disagreement persists is related to the meaning of most often white individuals dressing in Blackface, or in costumes that they believe represent racialized or Indigenous communities. Individuals who choose to wear such costumes often defend their behavior as humorous and well-intentioned. Critics of such practices claim that dressing up this way is harmful and problematic. These critics assert that dressing up in Blackface or other racialized or Indigenous costumes is racist and colonialist, and contributes to maintaining inequitable power relationships between white communities and racialized and Indigenous communities.

On October 28, 2017, the Law Enforcement Torch Run Newfoundland and Labrador (NL LETR) held a fundraiser for the Special Olympics. The fundraiser, a dance, was open to the public and drew about 100 people. Several who attended showed up in Blackface and in dress attempting to represent Indigenous and Arab individuals. Shortly after the dance, a person who attended posted the photos to Facebook, and another individual then forwarded these photos to BuzzFeed Canada. When BuzzFeed Canada contacted NL LETR for comment, someone removed the photos from Facebook. The director of LETR stated that “It was not our intention to offend anyone in any way but to celebrate diversity.”

As noted on their Facebook page, individuals from groups including the Royal Newfoundland Constabulary, the Royal Canadian Mounted Police, Fisheries and Oceans Canada, Corrections and Community Services, Military Police, Memorial University Newfoundland (MUN) Campus Enforcement, the Sheriff's Office, and Canadian Border Services and Government Services participate in the NL LETR. To my knowledge, apart from the statement noted above made by the director of NL LETR, there has been no official response or comment from any individual in these groups about the dance and the significance of those attending dressing up in Blackface.

Across Canada, usually white peopIe continue to dress in Blackface and in costumes that attempt to represent racialized and Indigenous communities. As one author has pointed out, “several incidents of. . .contemporary Canadian Blackface have occurred in the last decade” (Howard, 2). Similar incidents have taken place at universities several times over the last ten years. Outside of educational settings, there have been a minimum of 22 incidents in Canada between 2005 and 2015 in provinces including Ontario, Manitoba, Nova Scotia, and Quebec. Universities are one institution in which we can reflect on such events and their social and public significance.

Individuals’ actions at the event such as the fundraiser at Mt. Pearl at one level demonstrate what is considered acceptable and appropriate in public space. These explicit forms of stereotyping and discrimination of racialized and Indigenous communities can serve to legitimize and support additional forms of racism and colonialism. Events like those in Mount Pearl point to broader questions regarding police treatment of racialized and Indigenous communities. It is convenient to think of such events as isolated, and to claim that they are simply the result of the poor judgement of a few individuals, sometimes referred to as “bad apples”. However, the more important consideration is whether or not organizations represented at the fundraiser, and indeed, police services across Canada, offer equitable levels of protection and service to all communities, including white, racialized, and Indigenous.

There are numerous cases in which institutions in Canada have underserved or harmed racialized and Indigenous communities. The recent verdict in the case of the death of Coulten Boushie in Saskatchewan is one such example. Regardless of how one views the verdict in this case, no individual or institution has been held accountable for Mr. Boushie’s death. In connection with the dance in Mount Pearl, Chris Landsell, the director of the Atlantic region of the Public Service Alliance of Canada, points out his concern that such an event “should come from a public agency, a law enforcement group.” Indeed, the refusal of those who are in positions of power and responsibility to take responsibility for, or to identify and address the existence and consequences of racism, is disturbing.

Whatever the intentions of those choosing to dress in Blackface or other costumes assumed to represent racialized or Indigenous communities, such practices do harm. As Caitlin Urquhart wrote in a CBC opinion column on November 4, 2017, when members of NL-LETR offered an apology, rather than acknowledging that the costumes were “racist and offensive,” they instead apologized for the “fact that they were caught wearing them.” Urquhart offers a simple suggestion for avoiding racist behaviour: “Don’t Wear a People, Race or Stereotype as a costume.” Urquhart also observes that the justice system in Canada “is founded on colonialism and steeped in social and cultural constructs that perpetuate racism.”

While those dressing in Blackface and costumes assumed to represent Arab and Indigenous communities at the Mount Pearl fundraiser may have thought that they were simply having some fun at a Halloween dance, their actions have deeper significance. They also raise important questions, especially for those of us living in St. John’s and working and studying at MUN. It is worth considering: Does Blackface seem an acceptable form of humour? If so, why? Acceptable to whom? Have we considered going beyond the myth of a multicultural Canada to reflect on actual practice? Do we believe that racism and colonialism are over in Canada, or are we open to the possibility that these forms of discrimination continue into the present and are systemic? On what do we base our responses to these questions? If we are interested in living in communities that can acknowledge injustice and move toward justice, we can start by considering our own assumptions and practices, and by working at broader possibilities for systemic change.

Howard, Philip S. S. (2017). On the back of blackness: Contemporary Canadian blackface and the consumptive production of post-racialist, white Canadian subjects. Social Identities: Journal for the Study of Race, Nation, and Culture, pp. 1-17.