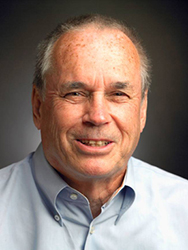 Between 1986 and 1996, I was NSERC-MOBIL Industrial Research Professor of Ocean Engineering at Memorial University of Newfoundland. Previously I served as professor, Department of Civil Engineering, at the University of Calgary, and worked for several years at Det norske Veritas (Canada) Ltd., ending as Vice-President (Research and Development) in 1986.

I have been involved extensively in developing methodology for engineering design criteria, and in the use of probability theory, risk analysis and extremal analysis applied to engineering problems. I have also worked on problems in mechanics, including viscoelasticity, fracture and failure applied to various materials including ice.

I contributed to the development of ISO 19906, Arctic Offshore Structures, by serving on a number of committees. I also served on a working group charged with reviewing the Proposals for the Revision of the Arctic Shipping Pollution Prevention Regulations and acted as a consultant in many studies, including the design loads for the Confederation Bridge, and studies for the Terra Nova design, the West Bonne Bay prospect, the Hebron development, and the White Rose development.

Casimir Gzowski Medal
Canadian Society for Civil Engineering (CSCE), 2018
For paper on re-evaluation of ice loads on the Molikpaq (1985–86 season)

Elected Fellow
The Royal Society of Canada, Academy of Science, 2011
In recognition of distinguished contributions to research and education