Dr. Fridgen began his academic career in chemistry at Trent University in Peterborough, Ontario. His original plan was to teach high school chemistry and was accepted concurrently into Science at Trent and the Faculty of Education at Queen's University in Kingston, Ontario. After completing an Honours Thesis in Chemistry in Dr. J. Mark Parnis' lab studying the reactions of O(1D) with organic and inorganic molecules in argon matrices (1993) he finished his B.Ed. (1994). His thirst for both research and teaching set him on a slightly different trajectory and he began graduate studies at in the Chemistry Department at Queen's spectroscopically characterizing matrix isolated products of electron bombardment of organic species (1999).

Following his Ph.D., Dr. Fridgen began postdoctoral studies (1999-2003) with Dr. Terry McMcMahon in the Chemistry Department at the University of Waterloo.  Prior to arriving at Memorial Dr. Fridgen was an Assistant Professor at Laurier where he first began spectroscopically characterizing trapped gaseous ions in collaboration with Dr. Philippe Maitre at the Centre Laser Infrarouge d'Orsay (CLIO) just outside Paris, France. 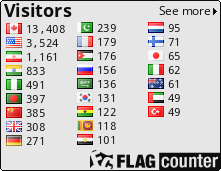