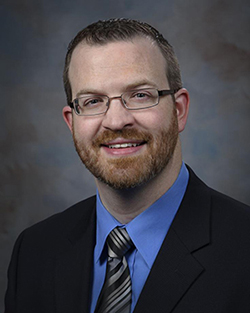 In 2014, Dr. Rocky Taylor was appointed as the CARD Chair in Ice Mechanics.

The chair is funded by CARD, a centre of excellence for medium- to long-term Arctic research and development. CARD was founded by the Centre for Cold Ocean Resources Engineering (C-CORE) in 2011 with a core funding of $12.5 million over five years from the Hibernia and Terra Nova projects. The new chair will be funded using $500,000 over five years from the CARD program.

Dr. Taylor has been with CARD since its inception in 2011, initially as a senior research engineer and then as a principal investigator for ice mechanics. A graduate of Memorial University, Dr. Taylor holds doctoral and master’s degrees in ocean and naval architectural engineering, as well as an undergraduate degree in mechanical engineering.

Dr. Taylor’s research encompasses a variety of significant ice-engineering problems, particularly those related to ice-load estimation for the design of offshore structures and the mechanics of compressive ice failure. Much of his work is focused on fracture processes in ice and the analysis of associated scale effects. Dr. Taylor recently completed a Research & Development Corporation (RDC) IgniteR&D-funded program focused on spalling, non-simultaneous ice failure and extension of the probabilistic fracture mechanics model developed during his doctoral studies, which were supported by C-CORE. He is also a co-investigator on a Statoil-RDC-Natural Sciences and Engineering Research Council-funded initiative focused on an investigation of dynamic interactions between ice and compliant structures. 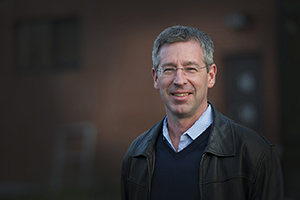 In 2013, Dr. Brian Veitch was appointed as the Husky Energy Chair in Oil and Gas Research.

The $2.5-million endowment for the Husky Energy Chair in Oil and Gas Research was initiated in 2003 by Husky Energy. The current focus of the chair is to undertake an innovative research program in offshore oil and gas research, with particular emphasis on offshore engineering for harsh ocean and arctic environments.

Dr. Veitch grew up in St. John’s and graduated with a bachelor of engineering degree, followed by a master of engineering degree from Memorial University. He completed further graduate studies at Helsinki University of Technology, where he focused on naval architecture and ocean engineering. Dr. Veitch returned to Canada in 1996 to work with the National Research Council. In 1998, he was appointed to the Terra Nova Project Junior Research Chair at Memorial University, where he developed an applied research program on ocean environmental risk engineering. In parallel, he initiated an inter-disciplinary research program on offshore and maritime safety with the goal of improving the safety of life at sea. His work has garnered a number of awards, including the President’s Award for Outstanding Research at Memorial University and Transport Canada’s Marine Safety Award. He also helped launch several technology companies with his graduate students.

In addition to his teaching responsibilities, Dr. Veitch has held several administrative roles in the Faculty of Engineering and Applied Science, and currently serves on the Board of Directors of the Research and Development Corporation of Newfoundland and Labrador.