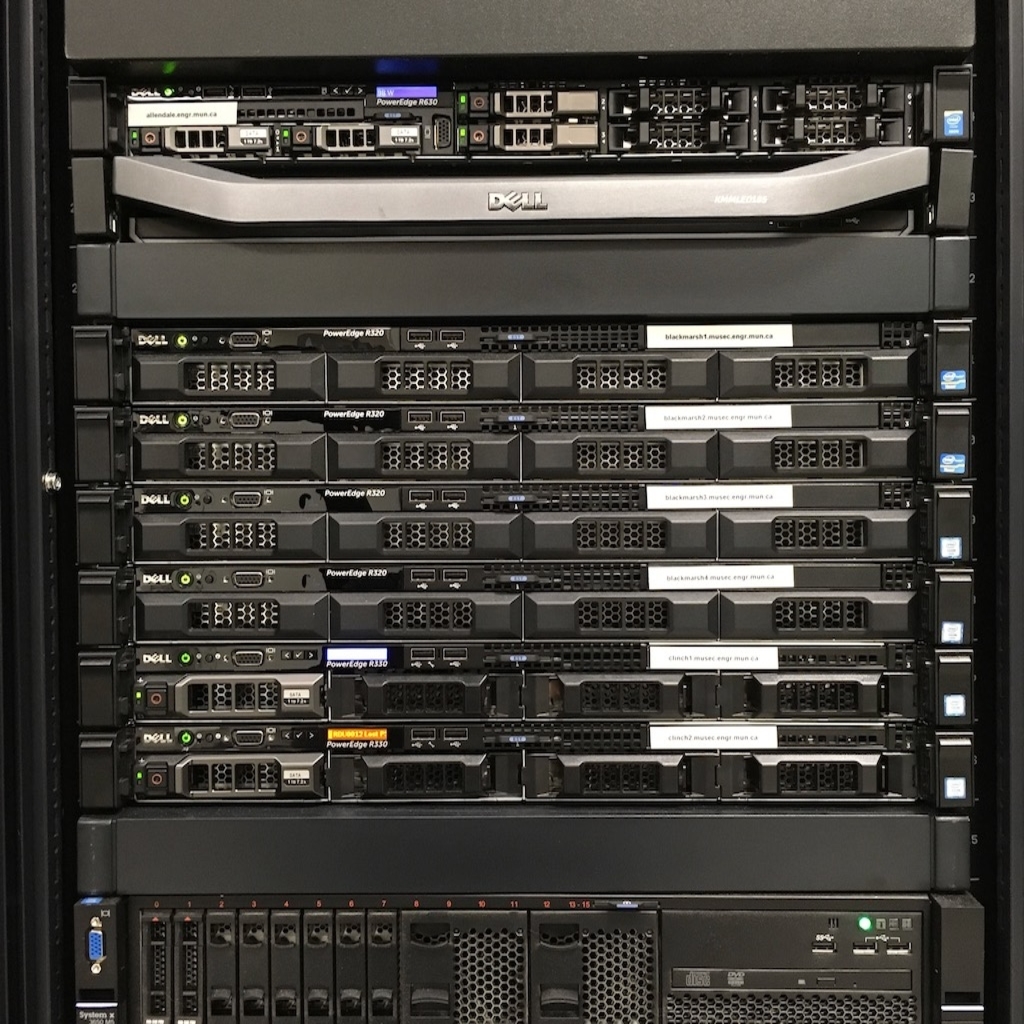 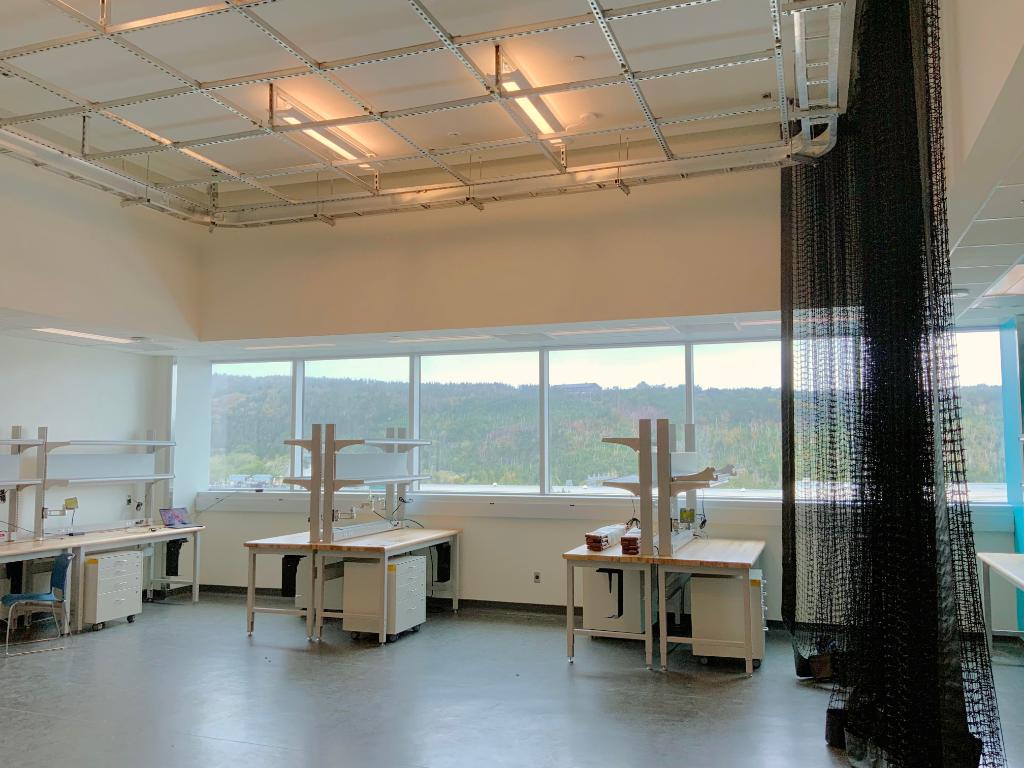 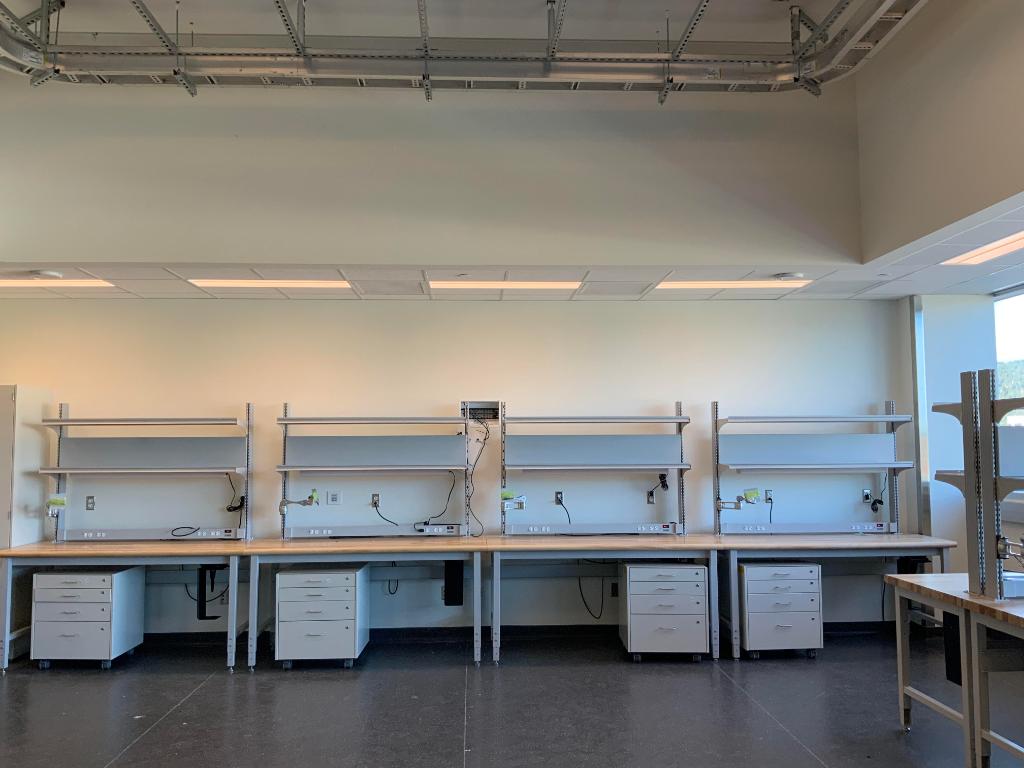 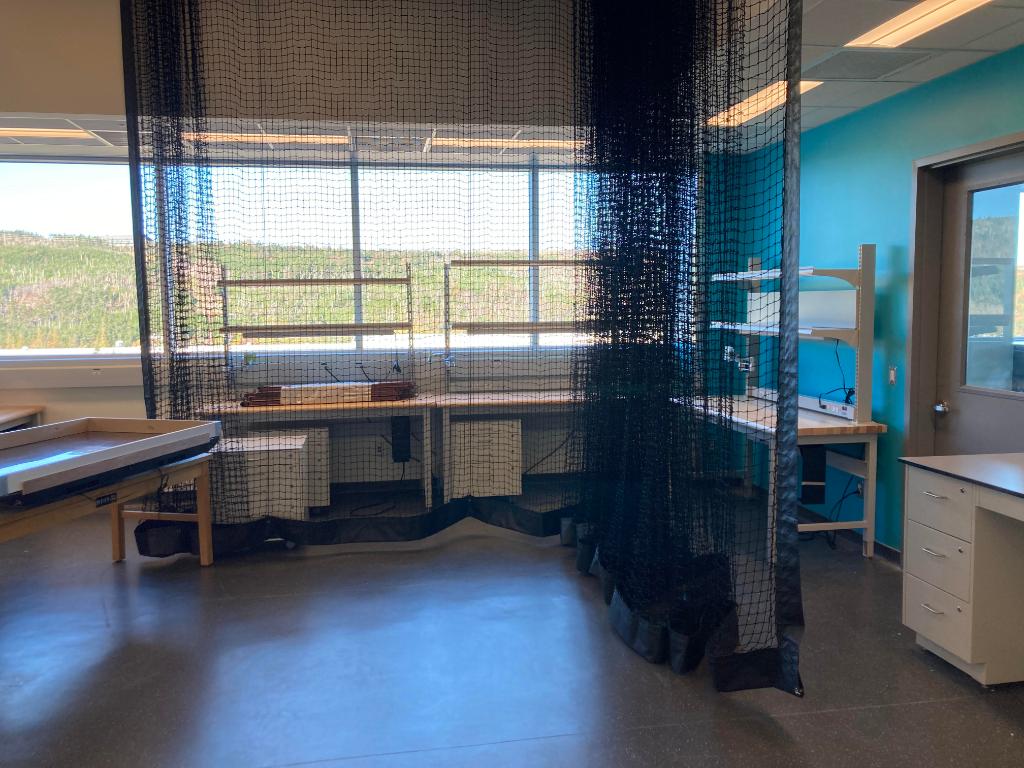 The VISOR (Vision, Software and Robotics) lab in CSF-4103 is the space that hosts the Bio-inspired Robotics (BOTS) lab and the Atlantic Canada Public Safety Research and Innovation Laboratory, as well as other experiments related to cyber-physical systems. The VISOR lab is equipped with a world-leading purpose-built space for indoor drone testing, incorporating a mechanical "no-fly zone" and a safety curtain around the perimeter of the lab to permit safe observation of drone-based experiments.

A table where the robots drive over a large-screen television that can project patterns upwards to guide their movements.
A stadium-shaped table (makes life easier for robots since there are no corners!).