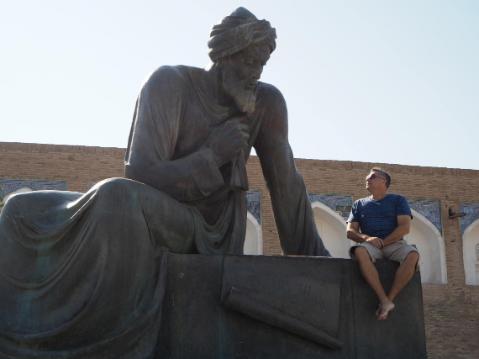 From January 21 to January 24, 2019, Professor Vyacheslav Futorny from the University of São Paulo, a member of the Brazilian Academy of Sciences, will give a mini-course on the representation theory of simple complex finite dimensional and affine Lie algebras.

The mini-course will consist of four lectures. The first lecture will start with the introduction to the theory of weight representations and recall the classical highest weight theory, parabolic induction, and Mathieu's theory of twisted localizations.

Though classification of irreducible representations is still open beyond the $\mathfrak{sl}(2)$ case, in some subcategories this problem can be studied successfully. In particular, the second lecture will discuss the theory of Gelfand-Tsetlin modules and their generalizations in type A. The idea is that a Cartan subalgebra (or rather its universal enveloping algebra) is replaced by a certain maximal commutative subalgebra of the universal enveloping algebra. Then, we consider modules on which this subalgebra has a torsion. This is the largest class of weight representations where classification results are known.

In the third lecture, a comparison will be given with the case of affine Kac-Moody algebras. In particular, we will discuss the highest weight theory, parabolic induction (and its connection with representations of infinite rank Weyl algebras) and the "support conjecture" for weight modules.

Finally, in the fourth lecture, we conclude with the construction of free field realizations (first and second) of these algebras and discuss open problems.

The lectures will take place at the St. John's campus of Memorial University. The schedule is as follows:

(On the picture: Vyacheslav Futorny with al-Khwarizmi)