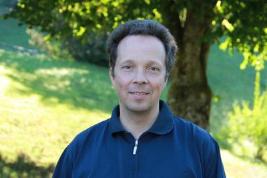 From March 5 to March 9, 2018, Professor Christoph Schweigert from the University of Hamburg will teach a mini course on tensor categories and topological field theory at the Atlantic Algebra Centre. The lectures will take place at the St. John's campus of Memorial University.

Tensor categories are structures that arise in algebra from many sources, such as representations of groups or more generally Hopf algebras, but also in the theory of subfactors. Topological quantum field theories are field theories in which the correlation functions do not depend on the metric of the underlying manifold, but rather only on its topology. They are important in several areas of physics, such as string theory, quantum computing, and condensed matter physics. The mini course will explain the connections between these two topics.

The lecturer of the mini course, Professor Schweigert, is the head of the algebra group at the University of Hamburg. He is also the spokesperson of the Research Training Group 1670 Mathematics inspired by String Theory and Quantum Field Theory of the Deutsche Forschungsgemeinschaft, as well as the acting head of the Center for Mathematical Physics. He serves as an editor of many scientific journals, among them Communications in Mathematical Physics. For his work, he has been awarded several prizes, among them the Gay-Lussac Research Prize in 2012. In 2006, he was an invited speaker at the International Congress of Mathematicians.

The precise schedule of the mini course is

Everyone is invited! We plan to provide partial support for students from Atlantic Canada. Please contact Yorck Sommerhäuser at sommerh@mun.ca.