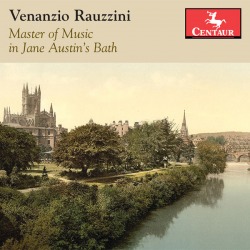 Musicologist, Paul F. Rice, has embarked on an extended research project dealing with the career of the singer, composer and concert director, Venanzio Rauzzini (1746-1810). Mozart was so pleased with Rauzzini’s singing following the premiere of the opera, Lucio Silla, that he composed the motet, Exultate jubilate, for the singer. Initially moving to London for a single season of Italian operas, Rauzzini made Britain his home for the rest of his life. He continued to sing professionally, directed concerts in both London and Bath, composed prolifically and was a sought-after voice teacher. He was one of Bath’s principal musical luminaries between 1777 and 1810.

It is surprising that Rauzzini’s career and compositions have been so little researched. Dr. Rice’s project will extend over several years, and includes a critical biography of Rauzzini’s life in Britain, as well as modern editions of Rauzzini’s songs, chamber music and excerpts from his operas. An article dealing with Rauzzini’s career will be published in Lumen later this year. Two CD recordings of Rauzzini’s compositions, using Dr. Rice’s editions, have already been recorded. The first to be released, pictured below, features two string quartets, two sonatas for violin and piano, and six songs. A review published in the January/February issue of the American Record Guide praises the CD for its “well conceived and fascinating program with excellent sound and good notes,” and “fine performances.”