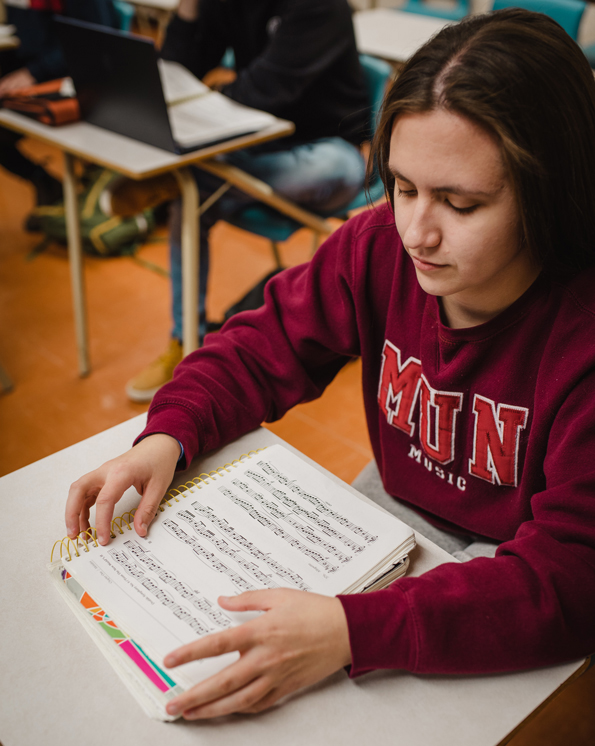 Find a comprehensive list of School of Music Scholarships HERE.

Memorial University of Newfoundland acknowledges the academic success of its students in various ways. One of these is by naming students to the Dean's list of the top 10% of students.

Established in 2013, the Dr. Tom Gordon Award is based on both academic and musical achievement and is awarded to the most outstanding student graduating from the Master of Music degree program.

Established in 2013, and awarded to an outstanding student graduating from the M.A. or Ph.D. in Ethnomusicology, the Dr. Beverley Diamond Award recognizes significant achievement in fieldwork and music scholarship.