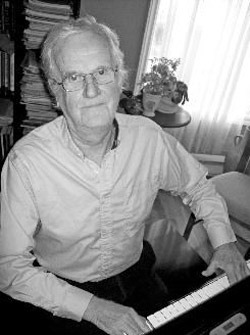 The School of Music has lost a very dear friend and colleague. Composer Clifford Crawley has passed away at the age of 87. A professor emeritus at Queen’s University, he came to St. John’s in 2002 and quickly became an integral part of the province’s music scene. His music was frequently featured on School of Music concerts and he was a kind mentor and teacher to the students who played his music and took his classes. We were all enriched by his musicianship and collegiality. He will be sadly missed.