By understanding the recent past through the technology seen in the artifacts, structures, and landscapes left behind by people who used them, researchers explore how colonization and globalization affected Atlantic communities during the last 500 years. The HATCH team employ a broad range of field and laboratory methods including archaeological excavation, geophysical survey, GIS modelling, RTI and photogrammetry as well as quantitative and qualitative analyses of ceramics, glass, clay tobacco pipes, metals and faunal remains.

Enduring partnerships with communities is a central pillar of the HATCH team. Some have been ongoing for over 20 years. These community-university partnerships involve museums, municipalities, various foundations and local historical societies. Some of our collaborators include the Colony of Avalon Foundation, The French Shore Historical Society, The Carbonear Heritage Society, The Town of Sunnyside, The O’Brien Farm Foundation, The Fisheries Museum of the Atlantic, the Musée de Bretagne, The Admiralty House Museum and Archives, AIMARA (heritage association based in French Guiana), Service d’archéologie de Guyane, the Association pour la Sauvegarde du Patrimoine de l’Archipel, musée de l’Arche (both in Saint-Pierre et Miquelon) as well as individuals from all over the province and the world.

Community collaboration, integration, and cooperation in all aspects of our research, place the HATCH Lab at the forefront of applied historical archaeology.

Together, technology and community enhance the HATCH Lab’s overarching goal – to expand our knowledge, appreciation, and protection of our shared heritage. Through research on themes such as Lord Baltimore’s first trans-Atlantic colony, trans-Atlantic trade networks, the diverse expressions of colonialism in the former French colonies, early cod fishery, French migratory fisheries in northern Newfoundland, historic European transhumance, vernacular architecture, and eroding historical sites, the HATCH team is a leader in studying historical archaeology of the Atlantic world and understanding new socio-cultural contexts forged by colonial and post-colonial processes. 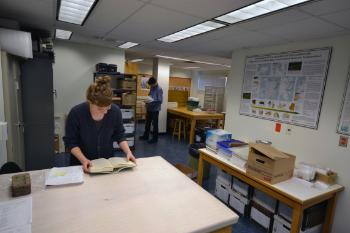 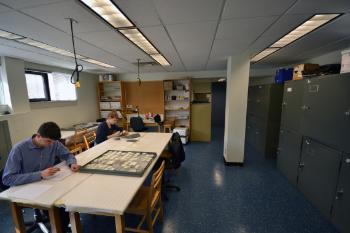 The HATCH Lab contains the tools, space, and equipment for its researchers to conduct field- and lab-based research. Partnerships with institutions like the Colony of Avalon Foundation and the Fisheries Museum of the Atlantic provide HATCH Lab users with access to off-site facilities including additional space for analysis. The HATCH Lab contains: