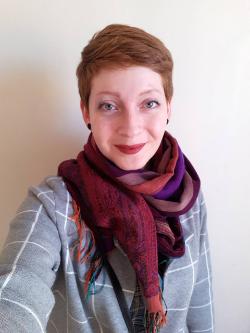 My research centres around the creation, organization, and utilization of colonial burial landscapes in early 17th-century settlements on the east coast of North America and Newfoundland. These spaces were transitional, displaying traditions carried from the British Isles and mainland Europe as well as new burial practices established in the colonies.

I will be looking at European influence on early 17th-century burial grounds, relating to their relationship with their communities, and comparing burial ground organization in early French and British colonies. I also intend to focus on the evolution of the burial landscape over 400 years within a single community in Newfoundland, recording the changes in landscape use over time.