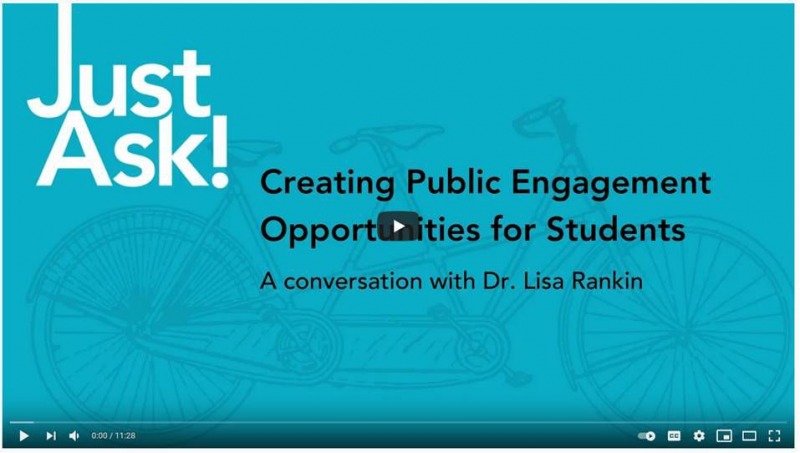 Those that think an arts degree isn't a good investment might want to chat with archaeology student Molly Ingenmey, a recipient of the 2018 Heaslip Award, Memorial's largest scholarship for undergraduate students.

Read more about Molly and her accomplishment in the Gazette.

Pregnant in the field

As a male-dominated field, archaeology holds unique challenges to female researchers. Mun Archaeology's Catherine Losier is the first faculty member in the history of Memorial's archaeology department to be #pregnantinthefield - read more about her and other archaeologists who are ushering in a new era in the Gazette.

What does rotting cod and soil enrichment do to landscapes? Quite a bit as it turns out, according to our adjunct faculty member Amanda Crompton. Read more in the Gazette.

Bet you didn't know that seal teeth have rings like the trunks of trees which can be counted to see how old they are!

Read more about Jenn's cool research project in the Gazette.

An important op ed from Dr. Lisa Rankin on how ethical and inclusive archaeology can help decolonize the university. Read it in the Gazette.

The following candidates will be taking their Final Oral Examination for the Degree of Doctor of Philosophy in Archaeology.
___________________
Arthur Clausnitzer
Friday, Sept. 15, 2017, 1pm
IIC 2014, Bruneau Centre for Research & Innovation
Title: The Seventeenth-Century English Cod Fisheries of Newfoundland and New England, circa 1600-1713: An Archaeological and Historical Comparison.

Title of presentation: Cultural and biological transformations in the Middle Pleistocene Levant: A view from Qesem Cave, Israel.

The Department is offering a number of exciting undergraduate and graduate level courses this Fall. Register soon to ensure your placement.

This book examines how the marine environment has influenced human adaptations and social complexity in the past. Two papers co-authored by Lisa Rankin focus on the seascapes of historic Inuit-French cultural contact in southern Labrador.

This course explores Late Iron Age/Viking Age/Medieval responses to the "new": new technologies, new cultures, new ways of doing, new lands and new religions.  Students will work with raw materials of the period to better understand material culture, and the Norse in Newfoundland and Labrador will be considered within a global context.

'Contact in the 16th Century: Networks among Fishers, Foragers and Farmers'

A new book, Contact in the 16th Century: Networks among Fishers, Foragers and Farmers, presents new research on the archaeology and history of early contacts between Europeans and First Nations peoples throughout Eastern and Atlantic Canada.

The Dept. of Archaeology will be offering ARCH 2493: Archaeology on Film during the winter semester.

This course explores the use of archaeology as a popular backdrop to many films and documentaries. Yet, the manner in which archaeology is represented in modern film is hardly realistic, or is it? The portrayal of archaeology in popular film will be discussed in order to determine what movies convey to the public about archaeological method and theory as well as the historical stories that archaeologists investigate.

The Department of Archaeology invites applications from individuals interested in teaching undergraduate courses in the WINTER 2016 semester.

This course surveys the rich global archaeological record of past sporting practices.  While sports associated with Classical Mediterranean civilizations have been well-described, archaeology hints at a much wider – indeed, cross-culturally universal - record of sports and athletic games.

Classes will explore the full human record of sport, beginning with the emergence of a modern human body equipped for running and other forms of athleticism, and exploring the evidence – sporting equipment, competition venues, artistic depictions, skeletal traces  and more - from diverse times and places.

ARCH 3584/HIST 3535 - Historical Anthropology investigates the ways that archaeologists and anthropologists use the documentary record.

ARCH 3688 - The Archaeology of Coastal Landscapes explores past human-environmental interaction at coastal sites.

ARCH 3536/HIS 3536 - Object Lessons: Putting Strange Things in Context explores the interpretation of unique objects, especially those which have been separated, in some way, from their historical context or archaeological assemblage.

The CNEHA 2012 conference is fast approaching, have you registered yet? We have so many great events planned, be sure to sign up for our tours and don't miss out on the Open-Vault workshops at the Rooms! The deadline to register for the awesome Post-conference tour is September 14th!

The Colony of Avalon is now open for the season!