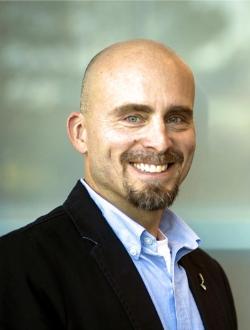 Professor
Editor, Newfoundland and Labrador Studies
Recipient of the President’s Award for Public Engagement Partnerships (with the Colony of Avalon Foundation), 2017 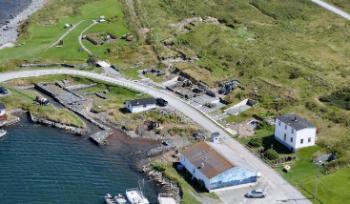 I have a longstanding community-university research partnership with the Colony of Avalon Foundation at Ferryland, Newfoundland. Ongoing excavations focus on interpreting the remains of George Calvert's colony of Avalon (1621) and the subsequent plantation established by Sir David Kirke in 1638. Visit the Colony of Avalon website for more details. 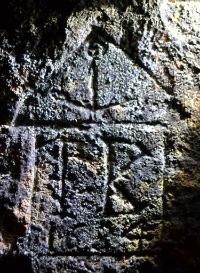 My students and I have also spent several field seasons investigating transhumant forager-fishers at sites such as Sunnyside in Trinity Bay, Newfoundland. 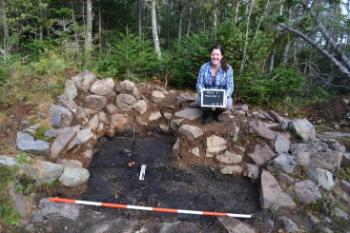 As well as exploring a variety of other historic-period sites around the province.

I am seeking dedicated undergraduate honours' students on the following research projects:

I am open to supervising other projects that fall within my research interests.

Graduate students conduct some of their artifact analyses in my historical archaeology lab at Queen's College. The lab has several tables for layout space; a small library of material on clay tobacco pipes, glass and ceramics; a computer; and a compact photography studio with tripod and scales.

Student's researching artifact assemblages from the archaeological site at Ferryland will have access to the extensive collection of 16th- to 19th-century material housed in our collection's storage room in the Colony of Avalon Foundation building at Ferryland, Newfoundland. Two decades of excavation at Ferryland has unearthed one of the best collections of 17th-century material culture in North America. Our faunal collection (mostly from the 17th century) is contained within a separate storage facility in the same building.