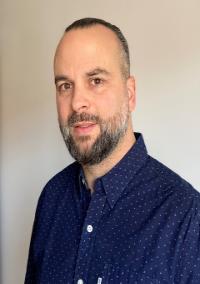 Paul’s postdoctoral project consists in the examination of the current conceptualization of the 'well-being' ('miyiyuu pimatisiwin') among the Iyiyiwch (Cree of Quebec) in the context of environmental conservation around different forest realities. For this project, Paul focuses his research on Mishigamish, a land of the Iyiyiwch of Waswanipi where multiple forestry projects take place.

Mishigamish is the place of a life’s project of the hunter responsible for the family territory covering the whole land, defended by the Band Council of the Cree Frist Nation of Waswanipi (CFNW) with the support of Greenpeace Canada (partner of the CFNW since more than ten years). Mishigamish is also the place of a future conservation project linked to the creation of a protected area implemented by the Cree Nation Government (CNG), which supports simultaneously a logging project in agreement with the Government of Quebec and the forestry industry sector. The coexistence of these different forestry projects is a source of tension and conflict between all these actors, as well as of multiple forms of 'well-being' among the Iyiyiwch. Mishigamish thus offers an appropriate context for examining the role of the forest, and of the land more broadly, in the conceptualization of the 'well-being' and the signification of what 'miyiyuu pimatisiwin'is or could be for the Iyiyiwch.

Paul’s postdoctoral research aims to clarify how the field of 'nature conservation' compared to 'culture protection' is defined by the nature-culture opposition, the classic frame of reference for heritage debates in Quebec and Canada, as Paul demonstrated in his PhD thesis. Paul plan to continue to examine the work of reconceptualizing this Western frame of reference in which the Iyiyiwch are engaged so that they can express, affirm, and make sense of their own realities, such as 'well-being' or 'miyiyuu pimatisiwin'.

Their research consists of an ethnography centered on the process of converting a museum into a decolonization tool. More specifically, it focuses on the transformation and de-patrimonialization of indigenous collections at the Mapuche de Cañete Museum in Chile, an institution currently run by professionals of Mapuche origin.

During the Chilean state’s military annexation of Indigenous Mapuche territories in the 19th century, a wide variety of items (including human remains) were looted from Mapuche cemeteries and places of spiritual significances. Many of those items ended up in the collection of Mapuche Museum of Cañete. In recent years, this museum came to be managed by Mapuche staff who began to fall sick because, according to them, the ancestral powers associated with the collections do not want to be there. From the standpoint of these staff, keeping ancestors captive, the museum re-enacts the ongoing colonialism upon which the Chilean state is grounded. Consequently, they are intent on freeing the ancestors by turning the museum into a decolonial tool. This does not simply imply a matter of repatriation but rather it involves an experiment of profound institutional transformation. The overarching goal of Lucas’ collaborative research with their Mapuche colleagues is to explore potential pathways for this transformation. Interested in describing the museums’ daily practices, the research focuses on disputes over heritage, querying the Chilean state’s ownership of what are, from the Mapuche perspective, their ancestors.

The results are aimed to be not only of academic value, but also a collaborative contribution to strengthen the museum’s decolonization. Also, it foresees collaborations between Indigenous-led organizations in Canada and the Mapuche Museum.

This postdoctoral research is supervised by Dr. Mario Blaser, Professor at the Department of Archeology, Memorial University, and is developed in collaboration with Prof. Rosa Huenchulaf, Mapuche pedagogue and Assistant Professor at the Intercultural Education Department, Universidad Catolica de Temuco, Chile.