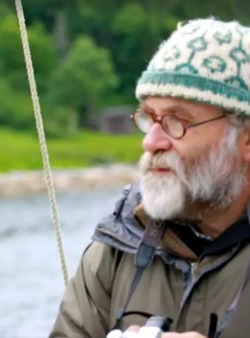 It is with great sadness that the Department of Archaeology marks the passing of Dr. Peter Pope, eminent archaeologist and historian, colleague and friend.

Peter’s academic interests focused on the historical archaeology of the early modern Atlantic world, with a particular emphasis on the European fisheries of the New World.  Peter completed his doctorate (1992) at Memorial University with a focus on the seventeenth century English colony of Ferryland. After a brief stint teaching in the Department of History at Memorial, Peter pursued post-doctoral research and teaching at Université Laval in Québec, before re-joining Memorial's Department of Archaeology in 1996. From 2000 to 2005 he directed the Newfoundland Archaeological Heritage Outreach Program, a SSHRC-sponsored Community-University Research Alliance, which promoted community archaeology projects throughout Newfoundland and Labrador.

From 2004 onwards, Peter directed the SSHRC-funded An Archaeology of the Petit Nord project, research committed to the investigation of the archaeology and maritime cultural landscapes of the historic French, seasonal, shore-based, salt-cod fishery in northern Newfoundland. This project has significantly increased our current knowledge and understanding of the early history of the once extensive French migratory fishery, and has been the inspiration for ten Master’s and Doctoral theses pursued by Peter’s graduate students. As a teacher Peter was a diligent, scrupulous and supportive mentor who brought out the very best qualities in his students.

Peter’s academic achievements are widely respected. In 2001, he was the recipient of the President’s Award for Outstanding Research, and in 2007 was elected a Fellow of the Society of Antiquaries of London, and made a Fellow of the Royal Society of Canada in 2012. Peter was an award winning author too, receiving critical acclaim for his meticulous works The Many Landfalls of John Cabot and Fish into Wine: The Newfoundland Plantation in the Seventeenth Century. Peter was cross-appointed to the Department of History, and held the position of University Research Professor between 2008-2013. He was made Honorary Research Professor in 2016.

Peter will be greatly missed by his colleagues and students.