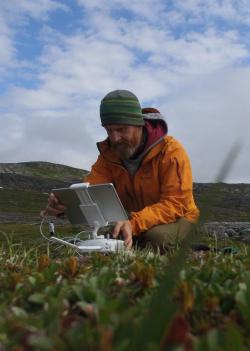 I am interested in the archaeology of the body, including the spatial dimension of embodied experience (households, landscape), its hybrid entanglements with things and non-human animals, and changes in embodied experience over the lifecourse. All of these things are materialized in the archaeological record of the Inuit of Nunavut and Labrador, my primary research areas, but I have also begun to think about their expression in the contemporary archaeological record of Newfoundland and elsewhere. 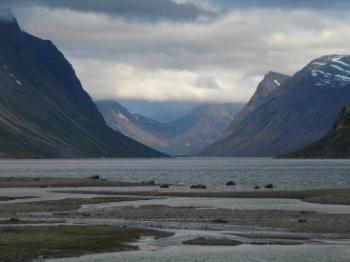 My recent research has focused on the colonization of northern Labrador by the ancestors of the current Inuit residents of Nunatsiavut (as the Labrador Inuit refer to the larger region). Although the precise timing of the Inuit arrival is not well-resolved, current evidence suggests that Inuit had colonized the northern half of the coast by the later fifteenth century. Since Europeans were becoming active in this region by the mid sixteenth century - exploring, raiding and whaling - the precontact Inuit window is relatively brief, although a protohistoric period of attenuated contacts is interestingly prolonged: Europeans did not become resident on the northern coast until Moravian missionaries established mission stations in the late eighteenth century. Inuit understandings of the landscape, and relations with game, domesticates, and non-Inuit groups, are significant features of the colonization process, and underwent substantial transformations between the fifteenth and nineteenth centuries. 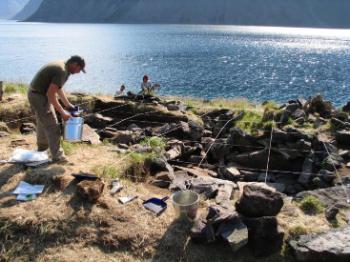 Since 2003 I have conducted field work at precontact and early historic Inuit sites in Nachvak, Saglek and Hebron Fiords, the archipelago south of Nain, and, with Jim Woollett of Université Laval, at sites in Komaktorvik and Napaktok Fiords and the Okak area. In 2018 and 2019 I returned to the Okak area with students from Memorial for survey, small scale excavation, sediment sampling and an extended program of drone mapping of Inuit and pre-Inuit sites from the air. PhD, MA and honours BA students are active participants in this research, and have conducted thesis-related research on Inuit gender relations, harvesting and travel systems, social and symbolic aspects of architecture and animal use, pre-Inuit settlement, and artifact variability, among other things. I have recently become interested in the archaeology of the contemporary world, as expressed, for example, in ruins, graffiti, and substance use, and, alongside graduate students and others, have begun to explore the archaeological possibilities of these themes in the St. John’s area and beyond. 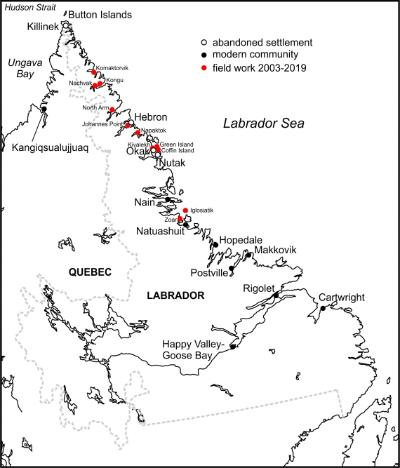