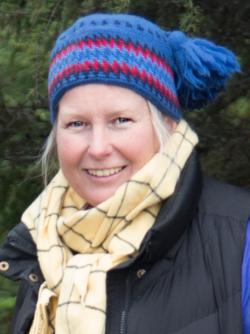 Post-medieval cultural encounters in the archaeological record between Labrador Inuit and Europeans, and interactions between Northeastern Indigenous populations over the past several Millennia; ethnicity and identity, landscapes, settlement patterns, eastern Sub-Arctic. 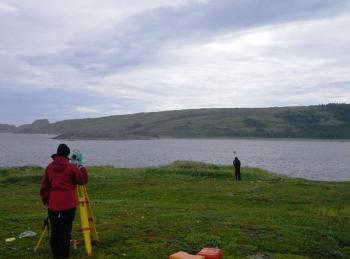 My current research focuses on the culture and history of the Labrador Inuit from the late 16th to early 19th centuries, and their changing role in increasingly global social and economic networks during that time. In particular, I am interested in the gradual change from small, egalitarian single-family households in the late 16th century, to much larger communal houses occupied by the extended families of powerful shamans/traders by the beginning of the 18th century. These latter structures indicate a radical shift in what constituted a household, and how relations within it – and with outsiders – were managed. In part, this was based on the emergence of a new class of trader merchants, skilled in transporting and trading traditional resources like seal oil, baleen and furs in exchange for newly-available exotic goods like metal tools, beads, guns, boats and cloth. My students and I have pursued this research since 2001 at a number of Inuit archaeological sites in coastal Labrador, including Snack Cove and Huntingdon Island 5 in Sandwich Bay, Double Mer Point near the community of Rigolet in Hamilton Inlet, and several sites in and around the community of Hopedale. 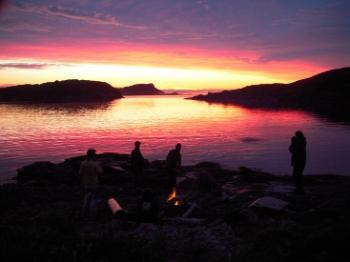 At the same time, I have been a researcher and director of the community-based research partnership Tradition and Transition among the Labrador Inuit. This multi-disciplinary, multi-year partnership, funded by the Social Sciences and Humanities Research Council of Canada (SSHRC), is a collaboration between Memorial University and the Nunatsiavut Government, along with other academic and community partners. It seeks to expand and deepen our understanding of Nunatsiavut history, language and culture, to help the people of Nunatsiavut realize their heritage priorities and draw on their traditional values in negotiating a path into an increasingly complex social and economic future.

Prior to this, I directed the CURA project Understanding the Past to Build the Future, a five-year multidisciplinary study of the history of the NunatuKavut Inuit of southern Labrador, also funded by SSHRC. The research objectives included investigating the Inuit occupation of Southern Labrador, collecting and analyzing evidence of Inuit-European interactions, documenting cultural changes, and bringing the history of the southern Inuit into the present day. Research activities include archaeology, ethnography, archival study, and genealogy.