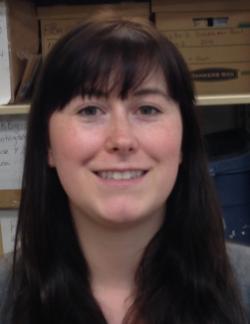 In 1934, the American Archaeologist Junius Bird excavated sod-houses at five sites in the area of Hopedale, Labrador, choosing this area because of its importance to Inuit whaling and trade in the late 17th and early 18th centuries. Bird’s work was a foundational project in northern research, but when held to the standards of present archaeological practices, theoretical and methodological problems emerge. Bird excavated quickly and is believed to have discarded European-derived artifacts which did not fit into the narrative of “authentic Inuit.” Bird therefore did not capture the complexity of the region’s Inuit/European interactions.

The Hopedale community has requested an archaeological reassessment of Bird’s excavations with the goal of more accurately determining the significance of the area within the Inuit cultural landscape. This project will incorporate both reassessments of Bird’s sites and of his findings. A major focus of this project is the excavation of a sod-house at the site of Karmakulluk along with the re-excavation of Bird’s backfill at the site in order to retrieve his discarded artifacts. Bird’s original 1934 collection will also be re-studied and the results of the both the 2017 and 1934 excavations will be compared. Additional comparisons with other coastal Labrador Inuit sites will also be made in order to further determine the significance of the Hopedale region.