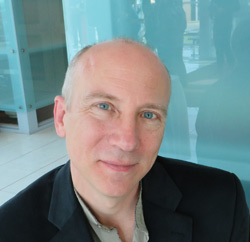 Bill Brennan is Assistant Professor of Instrumental Conducting at Memorial University of Newfoundland. His expertise as a pianist, percussionist, composer and producer can be heard on some 100 albums to date. His album “Solo Piano 2” won the MusicNL Instrumental album of the year in 2008. His album of 2006 Solo Piano received nominations for MusicNL and ECMA “Instrumental Album of the Year”.

Always in demand as a folk and jazz pianist, Brennan performs regularly with his own projects. He has performed across North America and around the world: Indonesia, Austria, Germany, France, Japan, Norway, the Czech Republic, England, Scotland, Portugal and Switzerland.

Over the past three decades, Brennan has been involved with some of the best-known organizations in Canadian culture. He has performed with the National Ballet and the Canadian Opera Company. He was musical director of CBC’s beloved Vinyl Café (hosted by Stuart MacLean), and a documentary composer for David Suzuki’s The Nature of Things.

Brennan was musical director and composer for Building Jerusalem, an award-winning play by Michael Redhill (Best new production, Dora Awards, 2000). He has also performed on film soundtracks for The Ice Storm (directed by Ang Lee) and Antwone Fisher (directed by Denzel Washington). He has been musical director for Chicago, White Christmas, Rocky Horror Show, Evita and Disney in Concert (Tada Productions).

Nationally and internationally, his work has been formally recognized through the awarding of a number of prestigious awards and commissions, including the Freddie Stone Memorial Award (1999). He has been commissioned to compose for contemporary music performers including Hemispheres and percussionist Romano DiNillo. Several of these works have been premiered at the Sound Symposium.

More than 30 years of relentless experience have garnered Brennan a solid reputation as a player, composer and arranger of contemporary classical, jazz, folk and world music — always exploring, always open to new ideas, Brennan’s talents resist classification. Geoff Chapman of the Toronto Star says: “Brennan … is a central figure in this country’s music.”