Our Fall 2022 Concert Series is here! 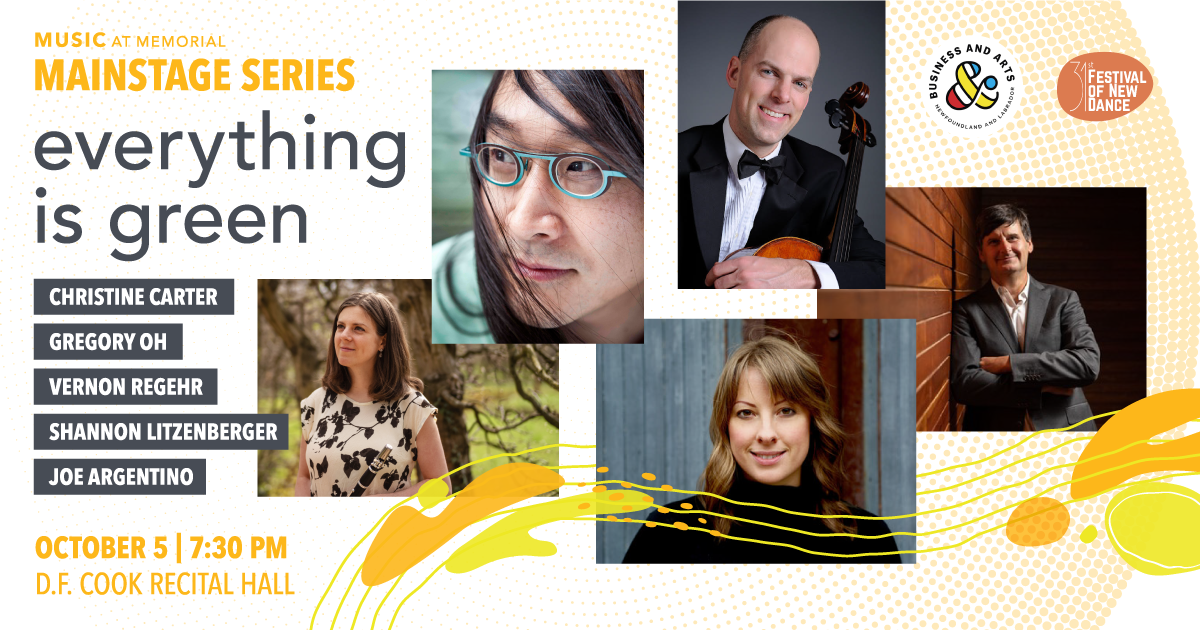 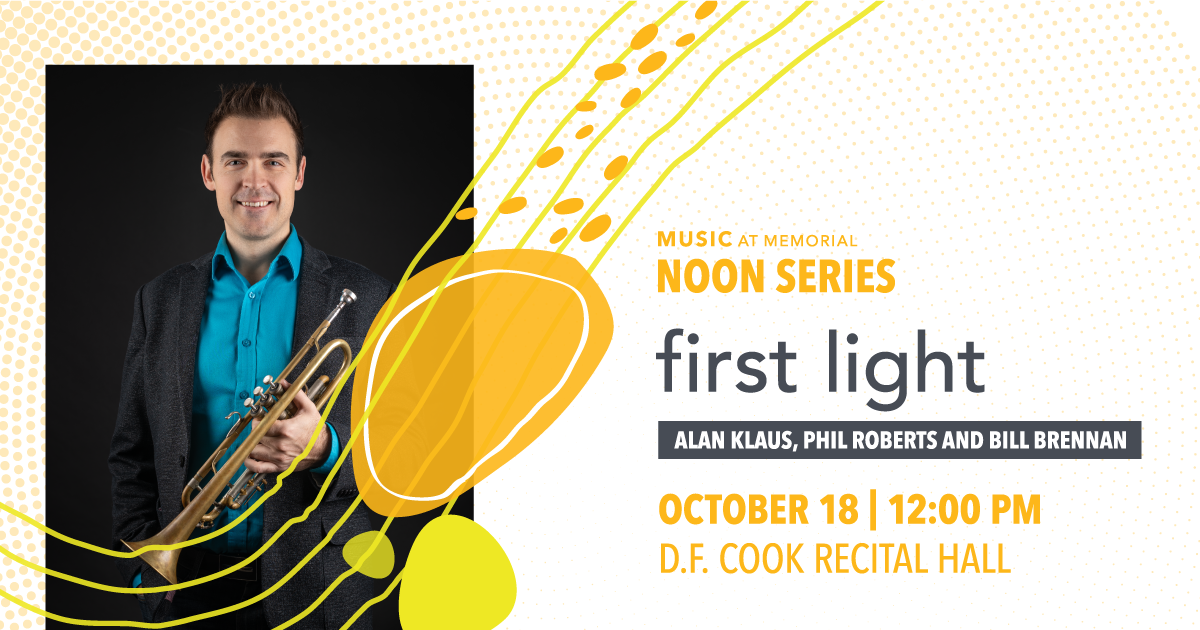 Alan Klaus' debut solo CD gives First Light to a stunning array of previously unreleased Canadian repertoire for trumpet with electronics, piano, and/or strings. Staniland's tour de force, Inventions, is balanced by a complement of pieces by Teehan, Brennan, Meechan, Gilliland, and Nishimura themed on the interplays between darkness and light, struggle and hope, the natural and spiritual.

The MUN Wind Ensemble and the Royal Newfoundland Regiment Band under the direction of Captain Chris Miller, join forces in a program featuring works by Julie Giroux, Samuel Hazo and Brant Karrick.

We are thrilled to welcome back double bassist Meredith Johnson to the Music at Memorial concert stage after almost a decade!  He’ll be anchoring a program of chamber music that features Parlour Games, a new work for cello and bass by Michael Oesterle, performed with cellist Vernon Regehr.  Intended to be played in whatever order the performers wish, these 12 short movements are light-hearted and fun, and are based on the concept that Bela Bartok used in his duo for 2 violins.  The rest of the program is rounded out by another work for bass and cello entitled Duo di Basso by Czech composer Zdenek Lukas, and Ralph Vaughan Williams’ early work, the sumptuous piano quintet.

Masterworks of minimalism. Works by Ann Southam, Phillip Glass and Steve Reich, and featuring Frederic Rzewski’s Coming Together, a powerful work about the last days of Sam Melville, an incarcerated civil rights radical who was among the 39 people shot and killed by state police in Attica Prison Riot of 1971. On the whimsical side, Sean Griffin’s Pattycake turns a childhood game into a dazzling virtuosic display.

Join the Scruncheons on a musical journey through the world of percussion, featuring current students and special alumni guests!

Florian Hoefner will present an hour of spontaneous solo piano creations. Join him on this improvised journey exploring the sound worlds of folk music, contemporary classical music, and jazz.

The MUN Jazz Orchestra will perform the music of Duke Ellington and Billy Strayhorn, two composers who are responsible for some of the most enduring jazz compositions of the 20th century. The concert will pair original arrangements as performed by Duke Ellington's Jazz Orchestra with renditions by contemporary arrangers such as Miho Hazama, John Clayton and John Hollenbeck.

Join the MUN choirs as we pay tribute to a very special moment in our global history: “The Christmas Truce” of 1914 culminated in a spontaneous celebration, a shared meal, and the singing of the beloved carol “Silent Night” by enemy soldiers on both sides of No Man’s Land.

Small, conductorless ensembles made up of undergraduate and graduate students present an exciting musical variety show.

Previously in our Fall 2022 Concert Series:

Solace, a project centering on themes of peace, reconciliation and love, was a response to the collective grief and pain suffered throughout the pandemic years. Filmmaker Nicola Hawkins’ treatments of these inspiring pieces are distillations of natural beauty and sound that transcend the boundaries of music on film.

Want to stay updated about upcoming concerts at the School of Music?