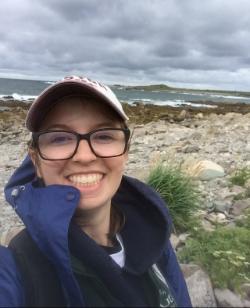 The mid-1700s in Atlantic Canada was a period of intense British and French colonial territorial conflict. People were constantly moving around, with lands changing hands frequently between the colonial French and British forces and settlers. Recent excavations (2017) at the French Fortress of Louisbourg’s Rochefort Point, under the direction of Dr. Amy Scott, have produced new bioarchaeological information regarding individual diet and mobility in Louisbourg in the mid-1700s. My research will focus on determining the diet and mobility patterns in 18th-century Atlantic Canada, particularly Newfoundland and Nova Scotia, using isotope analysis and morphological examination of human remains, as well as drawing on historical documents. With Dr. Vaughan Grimes, isotope analysis provides the opportunity to gain a greater understanding of the diets of individuals and help to determine their mobility patterns.

My analysis will be based on the study of two important French sites in the region. These sites, Placentia in Newfoundland and Louisbourg in Nova Scotia, are closely connected due to the forced migration that took place there in the early 1700s when the British gained control of areas of French influence.  Through an examination of these two sites, and additional relevant sites as well, I aim to identify who the population was and where they came from. Furthermore, I hope this will contribute to a better understanding of the movements of European populations in the New World during a dynamic period in North American history.