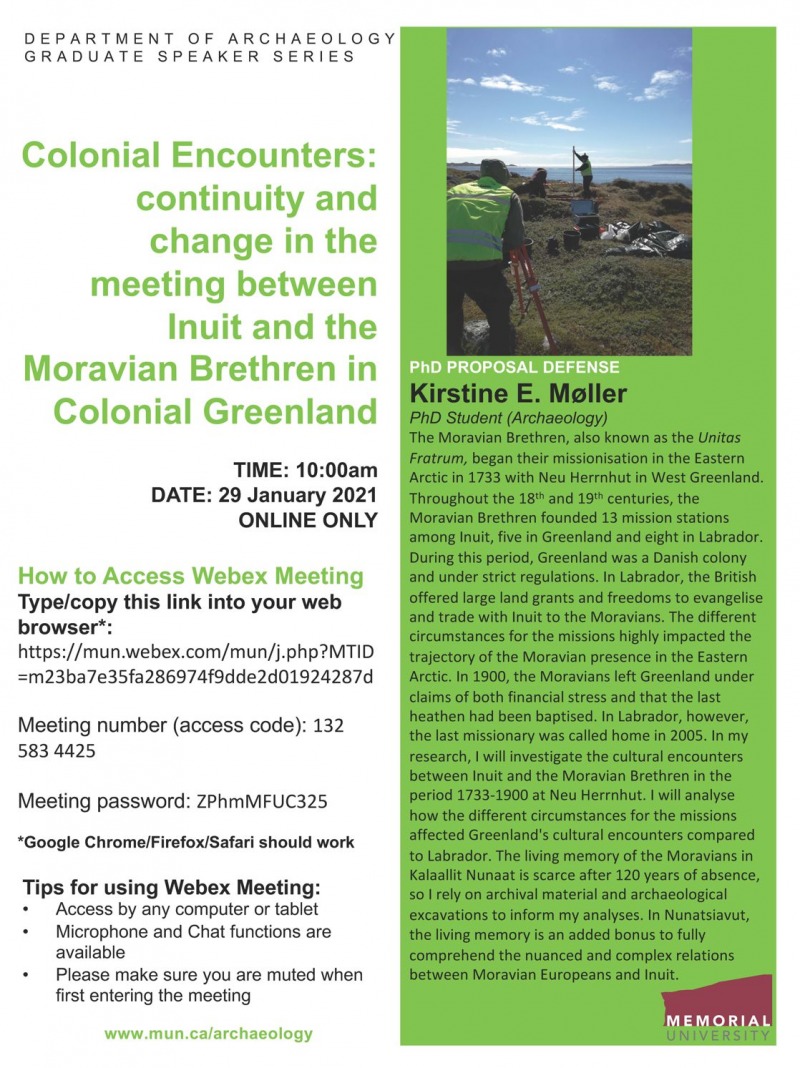 Kirstine E. Møller will be defending her PhD proposal, 'Colonial encounters: continuity and change in the meeting between Inuit and the Moravian Brethren in Colonial Greenland', on Friday, January 29th at 10:00am.

Kirstine describes her research: "The Moravian Brethren, also known as the Unitas Fratrum, began their missionisation in the Eastern Arctic in 1733 with Neu Herrnhut in West Greenland. Throughout the 18th and 19th centuries, the Moravian Brethren founded 13 mission stations among Inuit, five in Greenland and eight in Labrador. During this period, Greenland was a Danish colony and under strict regulations. In Labrador, the British offered large land grants and freedoms to evangelise and trade with Inuit to the Moravians. The different circumstances for the missions highly impacted the trajectory of the Moravian presence in the Eastern Arctic. In 1900, the Moravians left Greenland under claims of both financial stress and that the last heathen had been baptised. In Labrador, however, the last missionary was called home in 2005. In my research, I will investigate the cultural encounters between Inuit and the Moravian Brethren in the period 1733-1900 at Neu Herrnhut. I will analyse how the different circumstances for the missions affected Greenland's cultural encounters compared to Labrador. The living memory of the Moravians in Kalaallit Nunaat is scarce after 120 years of absence, so I rely on archival material and archaeological excavations to inform my analyses. In Nunatsiavut, the living memory is an added bonus to fully comprehend the nuanced and complex relations between Moravian Europeans and Inuit."