Tyler is a male Harp Seal that was captured as a white coat from the Magdalen Islands (Îles de la Madeleine) in 1990. His estimated date of birth is March 1990. He is the father of Deane and also fathered Lenny (2000-2014). Tyler's mass fluctuates from 100 kg to 140 kg seasonally. His distinctive features inculde a genetic colour variation called ‘smutty’. This colouration covers the harp and mask making the typical features of a harp seal difficult to recognize. ‘Smutty’ colouration is only found in male harp seals and is thought to be a melanistic (darkly pigmented) colour form. 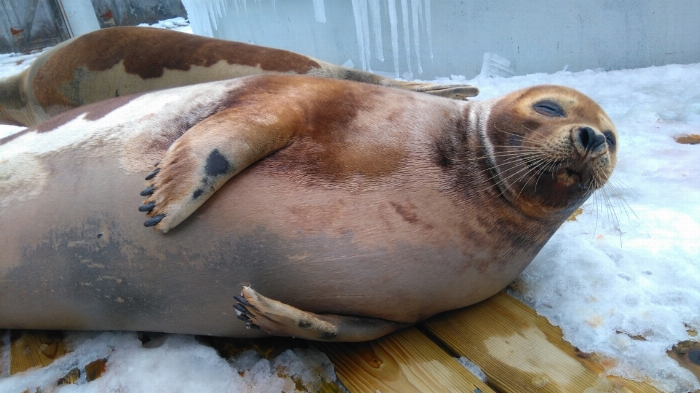 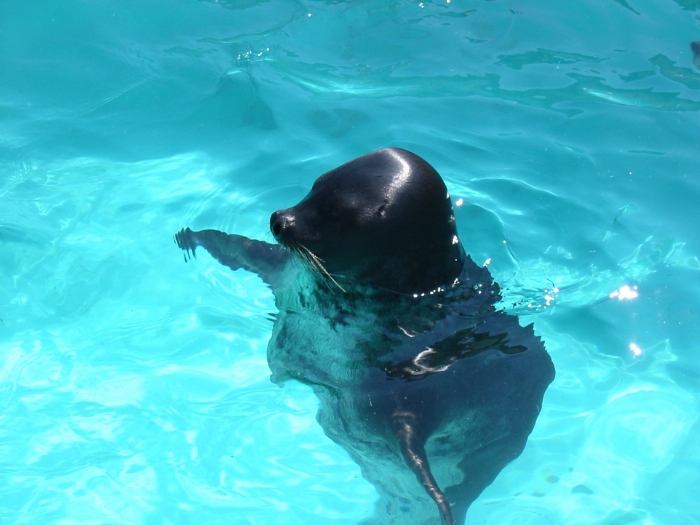