On Sept. 6, the Faculty of Humanities and Social Sciences is hosting a welcome event to help new students get started on the right track. At this interactive event, you'll hear from the Dean and Associate Dean of Curriculum and Programs, learn more about areas of study in HSS, and meet other HSS students! Register now: https://loom.ly/TTXWfYo 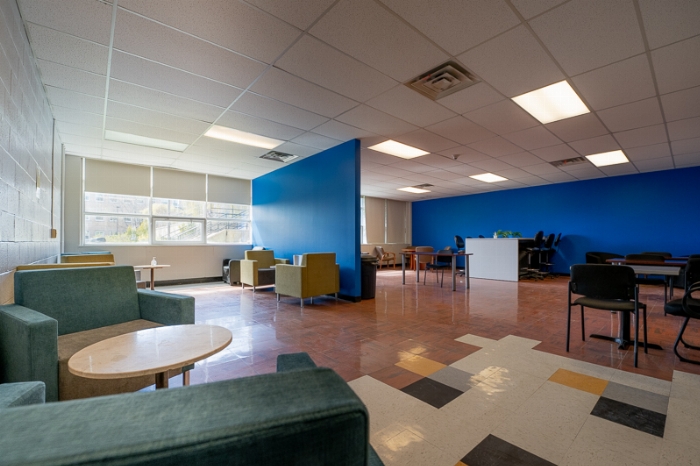 When we think of university campuses, we picture lecture halls and labs. But what about a space for that time between classes? It is equally essential to have a comfortable space to study or kick back and relax between lectures. The newly refurbished Faculty of Humanities and Social Sciences (HSS) Commons, in SN-1107, offers HSS students such a space. Check out this Gazette article on why interim Dean, Dr. Craig, wanted to rejuvenate this space for students.

In the last academic year, graduate students in the Faculty of Humanities and Social Sciences at Memorial University won more than 40 awards, 40 grants, and 140 fellowships & scholarships. Additionally, they produced more than 40 publications and creative endeavours. Watch the video celebration of all this success. 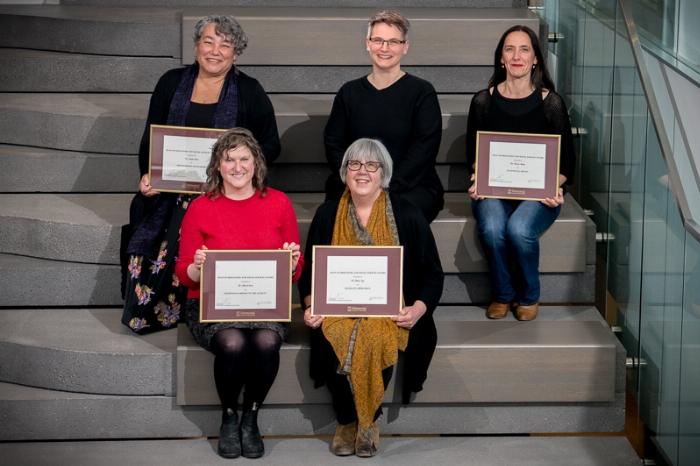 The 2022 Dean's Awards for faculty and staff were revealed at this year's A Fine Crowd event. The event celebrated the dozen+ awards, 24+ books & volumes and 4 million+ in grants awarded to our faculty members in the last academic year. Read up on this year's Dean's Award winners in the Gazette. 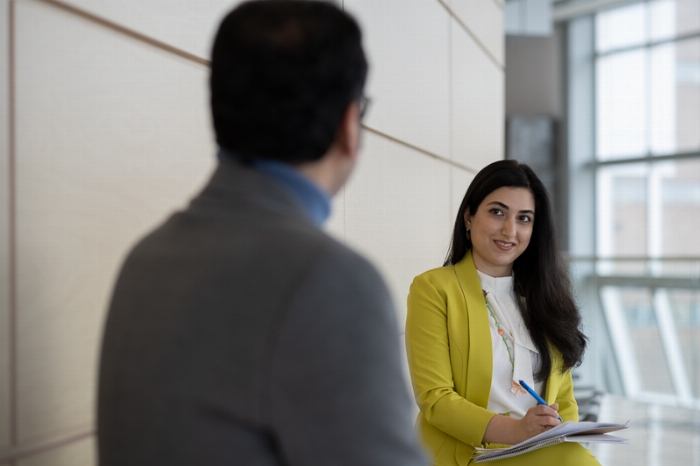 Foroogh Mohammadi was awarded a Senior Women Academic Administrators of Canada Graduate Student Award of Merit award for her ongoing work on the problem of immgrant retention in Atlantic Canada. Foroogh has been travelling throughout Atlantic Canada and interviewing Iranian immigrants about their sense of home and belonging in their new city. She also interviewed Iranians who have left Atlantic Canada to live in Ontario, so she can articulate why many immigrants decide to leave. Read her findings in The Gazette. 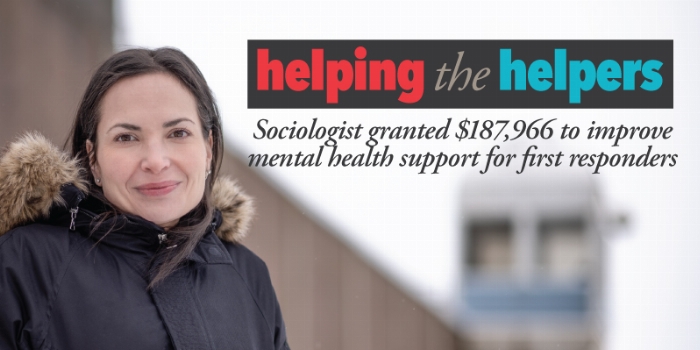 Dr. Ricciardelli is, among other things, an expert in institutional corrections. Correctional officers have a heightened risk of experiencing psychological and physical health issues as a result of their profession. Her latest source of funding will help her and her research team better understand how the contextual factors of correctional officer work, such as their physical and social environment, can affect their mental health and therefore their daily lives. Read the full story in the Gazette.

The Harry Frank Guggenheim Foundation provides research grants to notable scholars whose work is actively addressing urgent matters of violence in our world. The Foundation recently selected Dr. Eric Tenkorang as a recipient of its Distinguished Scholar Award. Dr. Tenkorang will receive as much as US$90,000 over two years to help further his research into a link he’s uncovered between lineage and intimate partner violence in sub-Saharan Africa. Read the full article in the Gazette: https://gazette.mun.ca/research/cultural-nuance/

Dr. Rose Ricciardelli inducted into the College of New Scholars, Artists and Scientists of the Royal Society of Canada

Dr. Rose Ricciardelli, professor and co-ordinator for criminology, has received one of this country’s highest academic honours for emerging and mid-career scholars. She is among the latest inductees to the College of New Scholars, Artists and Scientists of the Royal Society of Canada. Dr. Ricciardelli’s research is centered on interpretations of gender and experiences of vulnerabilities within criminal justice systems. Her expertise includes prison culture and the coping strategies, risk perception, mental health and lived experiences of prisoners, correctional workers and police officers. Read the full Gazette article: https://gazette.mun.ca/research/advancing-knowledge/

Recent sociology MA grad Kerri Claire Neil is all about challenging the status quo. From deciding to run in the 2018 Windsor Lake by-election against Ches Crosbie and Paul Antle to questioning the need for graduation gowns at convocation on Twitter (and getting “slapped down” by Kim Campbell in the process), Ms. Neil is not afraid to speak truth to power.

Read more about Kerri in this Gazette special feature on successful students.

Sociologist Dr. Nicole Power is a key member of The Healthy Professional Workers (HPW) Partnerships Initiative. This project aims to understand more about mental health in professional workers across three sectors: dentists, midwives, nurses and physicians in health care; academics and teaching in education; and accountants.

Dr. Power is focusing on the mental health of academics. Read more about her project and how you can get involved in the Gazette.

Women in Fisheries, a study examining how women contribute to the survival of both fishing families and the fishing industry, officially launches this week. The research project is collecting data on both sides of the Atlantic - in Newfoundland and Labrador and in the UK -and intends to shed light on women's roles, identities and wellbeing.

Read more in the Gazette.

A President’s Award-winning collaboration between the RCMP N.L. and Rose Ricciardelli in the sociology department is making sure youthful errors in judgment become an opportunity for growth, not a slippery slope.  Read the story in the Gazette.

Judyannet Muchiri is a graduate student in our department exploring how the development community can work with African youth. Read more about her and her research here.

The Department of Sociology is pleased to announce that Dr. James Baker has been awarded the prestigious Banting Postdoctoral Fellowship. The Banting Postdoctoral Fellowships program provides funding to the very best postdoctoral applicants, both nationally and internationally, who will positively contribute to the country's economic, social and research-based growth. James completed his PhD in our department under the supervision of now retired Honorary Research Professor Dr. Stephen Riggins.

MUN Sociology is very pleased to welcome three new faculty members over the next few months. Rochelle Côté, Lisa-Jo van den Scott, and Sean Waite will all join the Department of Sociology in the Summer of 2016.

MUN Sociology is fortunate to present Dr. Tina Fetner, McMaster University for  the next installment of the Sociology Speaker Series on March 4th. Come see her talk on "Changing Attitudes toward Lesbian and Gay People in the United States and Canada."

MUN Sociology is fortunate to host Dr. Sue McKenzie-Mohr, St. Thomas University for another installment of the Sociology Speaker Series.

Dr. McKenzie-Mohr will give a talk titled: Deconstructing Trauma: The promise and perils of a concept

The hard science of a plastic problem

MUN Sociology's Dr. Max Liboiron's work on marine plastics in Newfoundland fish was recenlty featured in The Telelgraph, The Muse, and CBC radio because of new findings about plastic pollution in Newfoundland.

The theme for the 2016 Inuit Studies Conference, hosted at MUN, invites Elders, knowledge-bearers, researchers, artists, policy-makers, students and others to engage in conversations about the many ways in which traditions shape understanding, while registering social and cultural change. Deadline for proposals is February 1, 2016.

The Sociology Department at Memorial University of Newfoundland is accepting applications for graduate students until February 1st. In addition to open positions, there are six specialized funded positions on faculty projects in Oil Tourism and Participatory Citizen Science on Marine Plastics.

Sociology's Stephanie Sodero is the School of Graduate Studies student of the month!

Memorial University sociologist Dr. Mark Stoddart is joining a group of over 60 researchers from across Canada in releasing an analysis of the federal political parties positions on 10 key policy orientations on climate change.

Sociologist Dr. Max Liboiron has capped off a stellar inaugural year at Memorial with a serious coup.

The Faculty of Arts-wide initiative ARTS on Oceans is back on Sept. 9 with a distinguished lecture at 7:30 p.m. in the Bruneau Centre on the Discovery of the Seas: A Case for the Humanities.

Dialogue on Knowledge and Democracy

A series of talks, films, and discussions on Canada's institutional capacity to produce the knowledge required to sustain a healthy democracy and to provide the foundation for sound policies and practices.

Kelsea graduated this past May with a B.A. (Honours) in Sociology, a minor in Law & Society and a certificate in Criminology. Kelsea is doing qualitative research geared towards identifying the ways correctional officers in provincial prisons value and use their communication skills when working with youth prisoners.

The Future of Nature

The philosophy professor is convening The Future of Nature, a transdisciplinary event to be held at Memorial’s Grenfell Campus and Bonne Bay Marine Station in Norris Point, Sept. 10-13.

Sociologist named Teaching and Learning Chair for Faculty of Arts

If a thesis had a theme song, Jillian Smith’s would be “I’ll Be Your Mirror” from the Velvet Underground’s 1967 debut album.

Tourism under the microscope

Those stakeholders considering reforming the Crown Lands Act should really sit down and have a chat with sociologist Dr. Mark Stoddart.

Dr. Larry Felt named the recipient of the Marilyn Harvey Award to Recognize the Importance of Research Ethics

A dedicated researcher and faculty member for more than 38 years, Dr. Felt has rigorously applied research ethics methodologies not only to his own research.

The Royal Society of Canada (RSC) New Fellow Public Lecture will take place on Thursday, Feb. 19 at 7:30 p.m. in the Rocket Room, 272 Water Street.  All are welcome.

For the past five years, total enrolment at the graduate level has continued to climb.